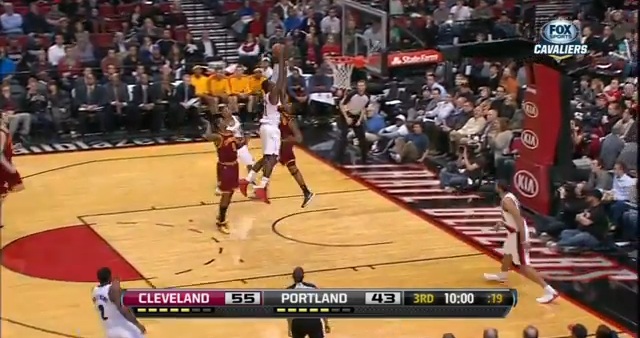 At approximately 6’9” 240, JJ Hickson may be a little undersized in comparison to your average NBA center.  That said, he is still a positively massive human being, and an extremely athletic one, too.  When given the length of an entire basketball court to build momentum, he can become an extremely powerful projectile… certainly not one that you’d want to step in the path of.  To be dunked on by a streaking Hickson… I’d liken it to being hit by a midsized sedan.  While you may not have been struck by the biggest vehicle on the road, you still got run over by a car, and that sucks.

Last night, Hickson had no intentions of braking at any crosswalks.  Meanwhile, Alonzo Gee picked a bad time to try to cross the street.  As you observe their collision, be sure to click pause when the camera focuses on the face of the fallen Gee (about eight seconds in).

That, my friends, is a classic “not bad” face.  Short of giving the dunker some dap, this is probably the humblest method of temporarily conceding one’s manhood.  Coming from an accomplished leaper like Gee, the respect speaks volumes about the magnitude of this jam.