Play of the Night: The Knicks’ Double Pick and Roll

In the battle of the boroughs part three last night, the Knicks unleashed a play that the Nets couldn’t stop the whole night.  It was a simple double pick and roll that took advantage of the Nets’ switching and the threat of Carmelo Anthony. 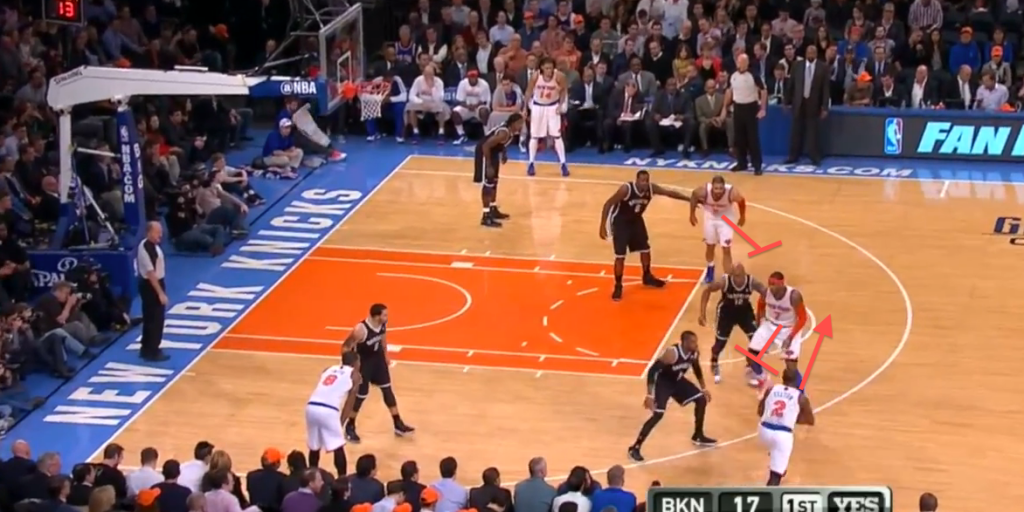 Raymond Felton gets the ball on the wing and begins to dribble towards the middle where two screens are being set for him. 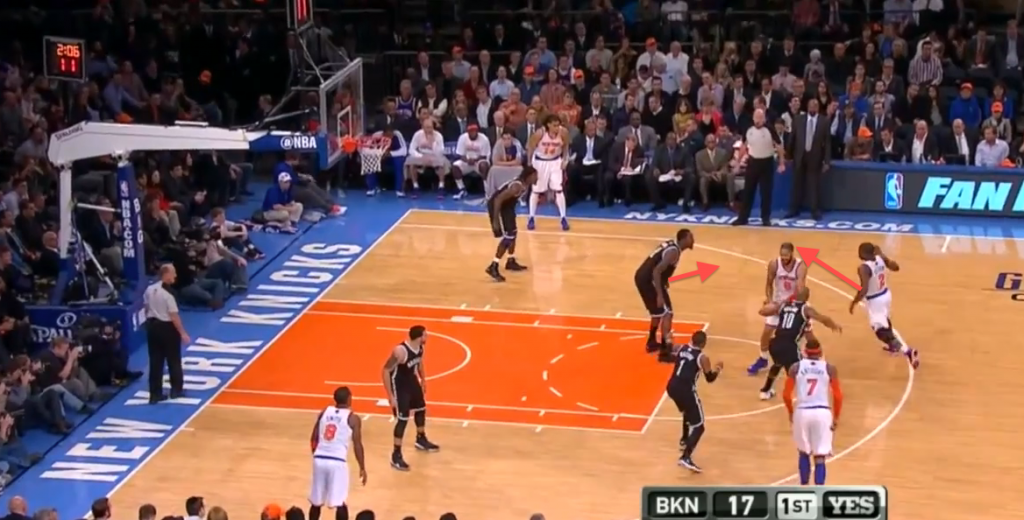 The Nets switch on the Anthony screen which creates a little bit of space between Felton and his new man, Keith Bogans.  The Nets have to be especially careful on the first screen because the screener is Carmelo Anthony.  They don’t want to let him get the ball with a little bit of space.  On the second screen, the Nets switch again as Andray Blatche steps out to take Felton and Bogans stays on Chandler.

Bogans on a rolling Chandler isn’t much of a contest and Blatche can’t get his hands up to contest the oop pass.  As you can see, Deron Williams is way late on the rotation and if he came earlier he would have left J. R. Smith wide open in the corner.  The Knicks connected on this oop three different times:

One time, both Nets went to Chander, Felton pulled up for an easy two.