Posted on December 20, 2012 by PeterBrownell 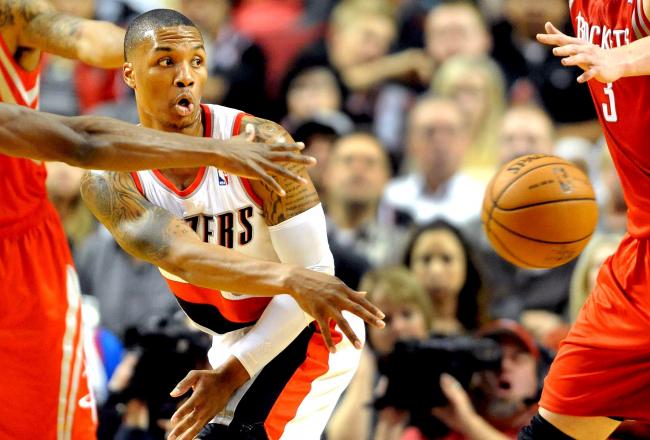 You see them weekly, during a standard NBA-themed google-machine internet session: Power-Rankings. And while most websites use journalists and experts to make their selections with helpful tools like “statistics,” “analytics” and “actual performance during the basketball games,” I prefer to rank players based on a different metric: storylines. The Association is littered with unique personalities that are on full display for the entire world to see on a nightly basis. And, as such, here’s who won my heart this past week or so, and how they did it.

#5: Gerald Henderson — Life is too short to hate basketball players that none of us have ever met. That stated, Dwight Howard is definitely not on my short list of favorite NBA ballers. So when Gerald Henderson climbed into the sky and threw down what might be the dunk of the year over Howard he got an automatic spot in this week’s top five. He also reminded me of something I learned about last night, Marriage In the Sky. You literally get married in the sky. So that’s a thing people can do.

#4: Coach Popovich — It seems like centuries ago when Pop burrowed a permanent hole and laid eggs in the part of my brain that controls happiness (the amygdala, right?). Why you ask? Well for starters: his messy attire on the sidelines, his Santa-esque beard and his ridiculous, yet extremely effective hack-a-shaq defensive tactic, to name a few. Now, with all of humanity facing our complete and utter destruction, he reincarnated the best strategy ever in the form of hack-a-Javale, just for old time’s sake. A single tear was shed. Coach Pop being coach Pop being Coach Pop in 2012. Now and forever.

#3: Jeremy Lin — Congrats to Lin and his contributions in not only handing the Knicks their first loss on the island of Manhattan this season, but also in avenging New York’s front office saying, “thanks but no thanks” to his potential services during their free-agent negotiations. His formidable performance in the blowout victory was nice and all, but what the people really want to know is where Jeremy crashed during the trip: team hotel, or his brother’s futon?

#2: Ricky Rubio — Richy Rich nabs the second spot this week not only because he is back and better than ever — doing precisely what Ricardo does — dropping ridiculous dimes and smiling in the process, but also because of the recent FootLocker commercial for which he is top-billing. Richard proves that his acting abilities are two-fold — comedic and dramatic.  It’s quite impressive, frankly.  Never leave us again, Rick.

#1: Damian Lillard — First thing’s first: Damian Lillard has two middle names; it’s true, Lamonte and Ollie. But more importantly, Damian Lamonte Ollie Lillard has arrived, nailing (by my scientific records, correct my science if it’s false) his first ever game-winning shot against the New Orleans Pelicans. Probably was extra special against the ‘Cans, too, considering all people wanted to talk about during last year’s draft was Tony Davis and his trademarking of hair on his face. Looking forward to years of ice-cold shots from DLOL.

One Response to NBA Player Power Rankings: The Narrative