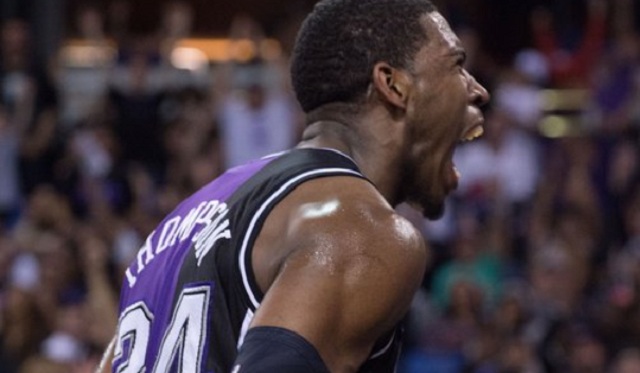 It was a perfect storm at Arco Arena on Saturday night when the Utah Jazz, a horrible road team, rolled into Sacramento for their fourth game in three nights.  There, they encountered not only the Kings, but 16,193 energetic fans who’d come out as part of a special initiative to show support for the struggling team.  It was essentially a protest against the proposed sale of the Kings to a group from Seattle, where they would move to become the Sonics.  Various chants and cheers consumed the building from the game’s beginning to its end, creating an atmosphere that was truly inspiring.  The Kings, as troubled a group as they are, were able to feed off of the electricity and put together one hell of an offensive effort.  The key to the 120-point onslaught was their aggressive transition play, demonstrated here by Marcus Thornton and Jason Thompson:

As you can see, this particular sequence came during the latter part of the second half, at which point the Kings were essentially demoralizing the Jazz.  There was absolutely nothing necessary about this alley-oop, and that’s what made it so fantastic — it was pure showmanship.

Throwback Poster of the Day: Kobe catches a lob from Rick Fox and makes a deposit on top of Darius Miles…