The Best Of The D-League, Featuring Donald Sloan

Posted on February 10, 2013 by ScottRafferty 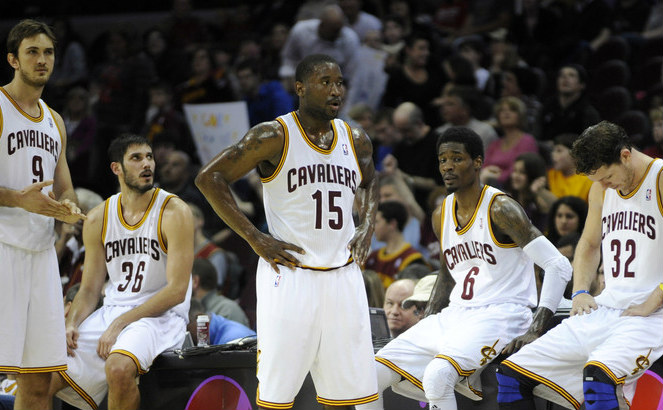 Good morning, basketball fans, and welcome to the third installment of “The Best of the D-League.” As always, Scott from CrabDribbles.com is here to present to you a summary of the D-League’s standout performances along with the top five plays of the week, both of which feature some familiar faces. Let’s get right to it, shall we?

The performance of the week came down to two players: Justin Dentmon and Donald Sloan. It was an awfully tough decision for me to make — by looking purely at the numbers, Dentmon is the clear winner as he averaged a ridiculous 34 points on 51.4 FG% in three games this week. However, Sloan happened to have a huge night against a team he used to play for, which is special because the two sides didn’t end on the best of terms.

Unlike Justin Dentmon, you may recognize Donald Sloan. Over the last couple of seasons, Sloan has appeared in 56 NBA games, totaling over 900 minutes. He started 11 games for the Cleveland Cavaliers last year, averaging a respectable 6.6 points, 3.7 assists, and 2.4 rebounds in 24.3 minutes of action. He was even on their roster at the start of this season but was waived on Christmas Day to make room for Shaun Livingston.

Now, this is where it all gets interesting. The Bay Hawks (the D-League team Sloan previously played for) still had his rights when he was waived by the Cavs, so he was supposed to be heading back to Erie, but Sloan refused, stating that he and the franchise were not on the same page and that it was his desire to part ways.  In his own words:

“Some other stuff had happened there,” Sloan said. “Some stuff didn’t happen that was supposed to happen. I just felt like I need to go somewhere else.”*

So, just like that, he was involved in a three-team deal that sent him to the Sioux Falls SkyForce. It’s all worked out well for him; in nine games this year, Sloan has averaged 22.1 points, 7.4 assists, and 6.5 rebounds per game. Thanks to a string of big performances this month, Sloan now finds himself as the number one prospect on the D-League experts’ list. It shouldn’t be long until he finds himself wearing an NBA jersey again.

The reason that I’ve given him the D-League performance of the week is because on Thursday night, he made his return to Erie for the first time since he left the franchise last year. It seemed as though Sloan had some added motivation to play well, as he scored a season-high 34 points (13-22 FG) and flirted with a triple double by dishing out nine assists and grabbing seven rebounds. The icing on the cake would have been to walk out of the arena with a win, but the Sky Force couldn’t pull off a fourth quarter comeback and ended up losing 115-107. The good news is that the next night, the Sky Force played the Bay Hawks again, this time winning by a final score of 103-88. How’d Sloan play? Well, he scored another 22 points and handed out 10 assists in 36 minutes. I’m starting to think that the Bay Hawks regret not working things out with Sloan.

As a little something extra, here are the D-League’s top 10 plays from the first-half of the season.

That’s all from me for now, but follow me on Twitter for more D-League updates throughout the week.