Play of the Day: The Lakers’ Staggered Screens

For a period of the second quarter of Lakers/Knicks, Metta World Peace was the best player on the floor… which feels strange to say considering Carmelo Anthony and Kobe Bryant were playing with him.  Metta has been shooting the ball quite well from deep — 38 percent, to be specific — this season, a huge improvement on last year’s dismal 29.6 percent.  He’s a legitimate threat from range right now, and teams are taking notice… so let’s take a look at how he the Lakers got him two wide open looks. 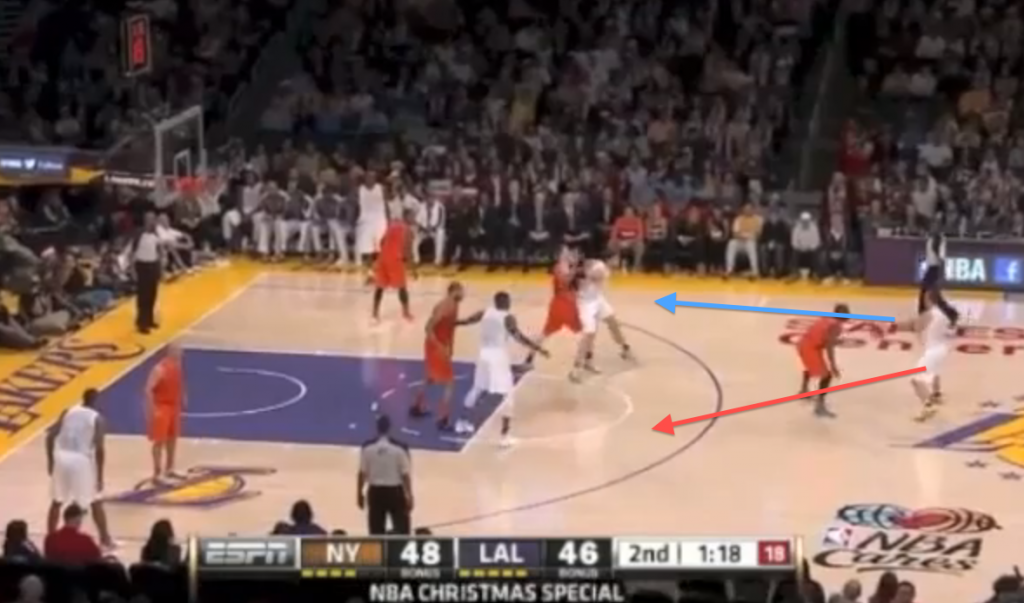 Nash enters the ball to Gasol at the elbow and then begins to cut through towards the corner.  This setup is a “horns” set with two big men at the elbows. 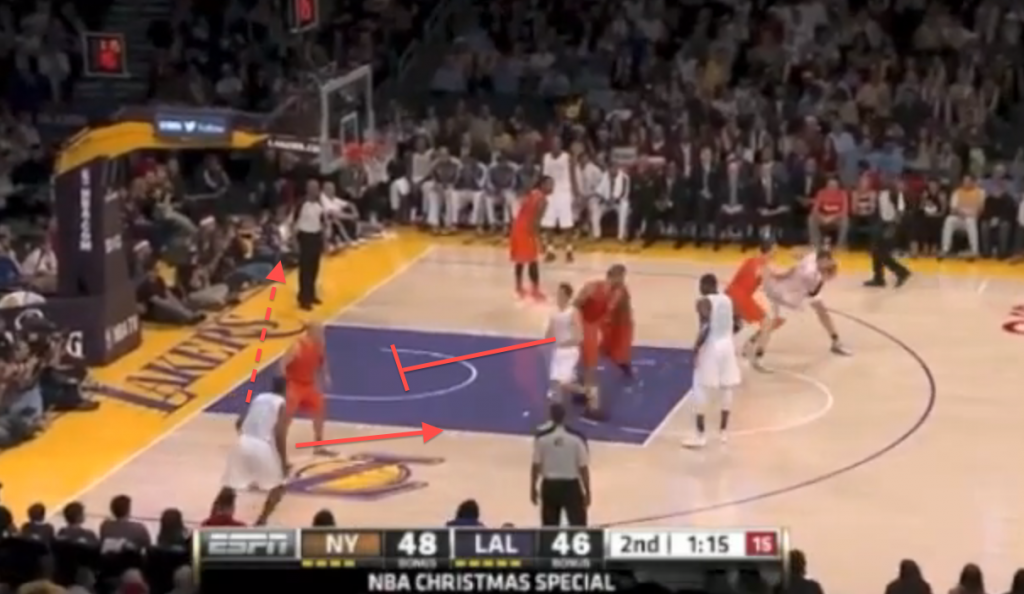 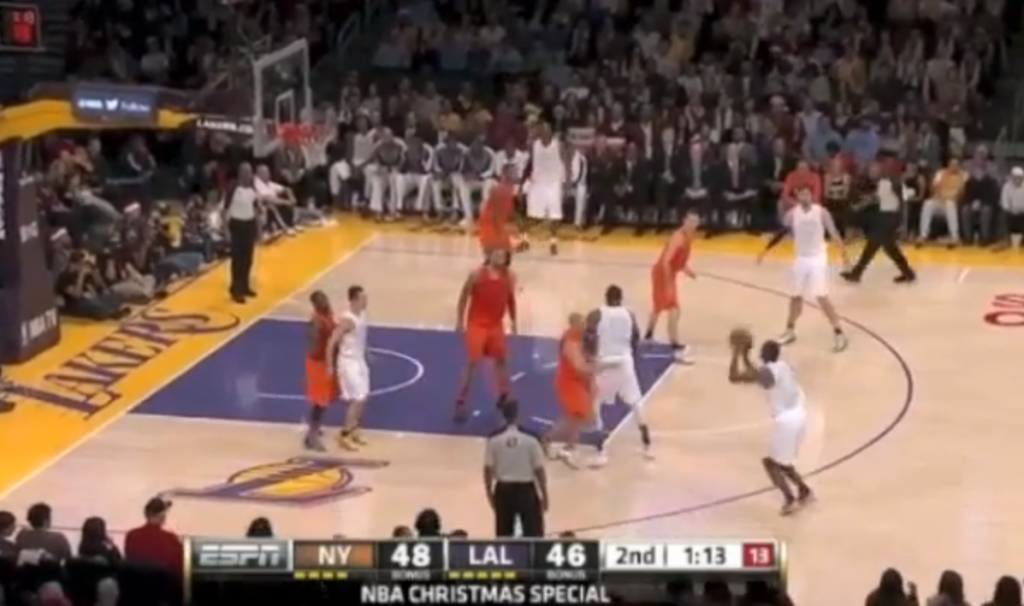 Once Kidd gets around one screen, he runs into the second of the staggered screens, this one set by Dwight Howard.  Kidd can’t fight through it quick enough and MWP hits one of his three treys.  The Lakers used this play twice for six points.  Here are both examples in real time: