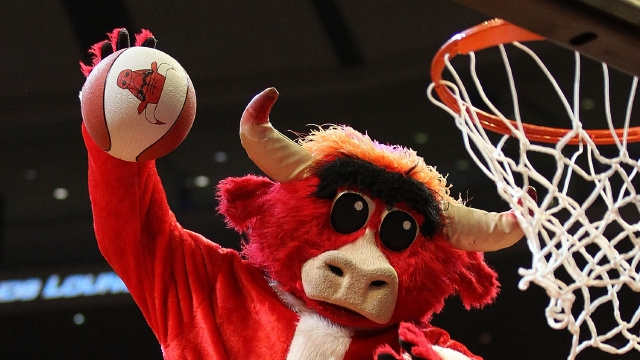 Delight: Metta World Peace & JR Smith: As Kobe Bryant and Carmelo Anthony posted 34 points apiece, the people got what they came to see.  However, Lakers/Knicks took an unexpected turn in the second quarter when the respective teams’ sixth men came in and out-shined the headliners.  For a while, Metta World Peace and JR Smith were the most effective players on the floor.  Of their 45 combined points, 31 came in the first half.  Metta actually put together a 16-point second quarter, which took everyone by surprise (I’m still struggling to adjust to him not completely sucking on offense… it’s been a while).  Meanwhile, Kobe and Melo had totaled just 25 on 22 shots.  Anthony really struggled in the first half, but he ended up coming through with a huge 17-point third quarter.

Disaster: Raymond Felton & Tyson Chandler: The Felton/Chandler pick-and-roll has not only been one of the Knicks’ primary offensive weapons this season, but one of the most effective plays in the entire NBA.  Felton and Chandler lead the league in alley-oop connections, but no such chemistry was on display in LA on Christmas afternoon.  Chandler, who has always been excellent at fielding lob passes, couldn’t catch the basketball to save his life against the Lakers.  He fumbled multiple alley-oops and struggled to corral rebounds as loose balls squirted from his grasp like a wet bar of soap.  When Felton elected to dial his own number, the play was equally ineffective.  As he finished with just 10 points on 19 shot attempts, Ray essentially self-destructed.  He continued to force the action despite his struggles and the results were just plain ugly.

Delight: The Clippers: Thank goodness the Clippers came through and delivered some excitement this Christmas night.  As competitive as a few of the earlier games had been, they hadn’t really quenched my thirst for highlights.  I thought I might’ve been in for more disappointment as the Clipps sputtered through a ho-hum first quarter, but a 42-point second-quarter explosion was just what the doctor ordered.

Magic Johnson was so impressed by the Clippers’ 14th straight victory he declared showtime officially back.  I’ve got to say, folks, I think the Clippers are the second best team in the NBA.  With an MVP-caliber point guard, a post presence, and an incredible bench, they’re strikingly complete.  If anyone is to knock off the Heat this season, I feel as though it’ll be the Clippers.  The scary part is that, barring injuries, they should only be getting better.  Shockingly, Lamar Odom has been showing steady improvements lately.

Disappointment: The Officials: Do we have to go to replay every single time someone falls on the floor?  Look, I understand that it’s tough to call some of these plays in live motion, and I’m glad that replay has been expanded in order to help referees make the right decision… but sh!t, these unnecessary stoppages take away from the game.  When a guy makes a very obvious play on the ball like Shane Battier did on this Russell Westbrook layup attempt there is absolutely no need to refer to the monitor and assess double techs; simply whistle the foul, break up the scuffle, and tell everyone to move it along.  I’m thinking of three specific instances where the officials unnecessarily went to replay, and I firmly believe they still got one of the calls wrong.  If this is a flagrant foul on Jared Sullinger, what is the league suggesting he should do to stop Gerald Wallace from scoring a layup?  Or is he simply supposed to allow a layup?

I had other non-replay-related beefs with the refs as well.  Russell Westbrook was obviously fouled on his potential game-tying three-point attempt.  Metta World Peace eventually fouled out on a bogus call, but if he was officiated properly he’d have been done a lot earlier, so that whole situation was a mess.  There were 51 fouls called in Thunder/Heat, and each team’s best player had picked up an unnecessary technical in the game’s first 12 minutes.  Jordan Hill wasn’t whistled for tackling Tyson Chandler on an alley-oop attempt.  Four technicals were handed out as a result of a minor fracas between Kevin Garnett and Gerald Wallace.  Unfortunately, the officials did a poor job of being invisible this Christmas.

Disaster: The Uniforms: I think we can all agree that the monochrome jerseys were pretty awful for TV.  Some were worse than others, but most of them caused me significant trouble in trying to figure out who was who.  One player I did not have trouble identifying was Carmelo Anthony.  Wearing a slew of orange accessories to match his orange uniform, Melo looked like a giant clementine.  While I haven’t liked a lot of things the NBA has done to its uniforms in recent years, I don’t think the uniforms had ever effected my ability to enjoy a game until yesterday.  Please, NBA, don’t bring these atrocities back ever again.

Delight: Ray Allen’s Kicks: The XVIII isn’t one of Air Jordan’s most iconic models, but it’s always been a favorite of mine.  So, when I caught a glimpse of Ray Allen’s red suede shoes… I nearly fainted.

Disappointment: The Schedulers: Derrick Rose was never expected to be back by Christmas, so why feature the Bulls in the primetime, 8 o’clock slot?  I realize that a quintuple-header requires 10 teams, so they can’t all be elite… but the Bulls?  Why not the Grizzlies, or the Spurs, or the Grizzlies and the Spurs?  That would’ve been a good one, but fans were thoughtlessly subjected to a 23-point blowout/Carlos Boozer brickfest instead.  I’m not even going to blame the Bulls.  The schedulers should’ve been able to anticipate this.

Delight: The Rockets: James Harden’s 20th 20-point game of the season helped the Rockets drop 120 points against one of the NBA’s top defenses.  Harden’s 26 made him just one of four Rockets to top 20, with one of the others being Jeremy Lin.  Lin’s 20 came on just 12 shots, and his 11 assists made it a double-double.  Encouragingly, he and Harden have played well in four consecutive games — all Rocket victories.  Houston is now 15-12 on the season, good for sixth place in the West.  While I’m hardly convinced that they’ll maintain this position, I didn’t expect them to occupy it at any point… so much credit to them.

Disaster: Kendrick Perkins: His job was to set a screen on former teammate Ray Allen.  He ran him over instead.  Do the Thunder not watch film?  Does Scott Brooks not tell Kendrick to stop setting moving picks?  I simply fail to understand how a 10-year veteran can struggle so mightily to set a stationary screen.  Perkins must get whistled for at least one moving pick per game, despite the fact that it’s got to be the absolute easiest violation to avoid.  Give me 15 minutes and I’m pretty confident that I could teach someone who’s never played basketball before how to set a legal screen.  It’s simply not that difficult to stand the f@ck still… unless of course you’re Kendrick Perkins.  Then it’s brain surgery.

Also, there was this:

If the plan was to double, someone (Kevin Martin) missed a rotation here… but that doesn’t mean Big Perk is off the hook.  As Jalen Rose so astutely pointed out, the angle at which Perkins approached James was all wrong, allowing the easiest of passes to be made to Chris Bosh.  I also have a problem with a defender leaving his man wide open under the rim, even for even a split second.  If you’re going to double off of a 6’10″ dude at point-blank range, at least make sure the help is on its way before you abandon him.

All of this leads me to the following question: WHY in the world is Perkins — the walking, talking brain fart — in the game at this critical juncture?  Smarten up Scott!

Delight: Rajon Rondo: Rajon is made out to be an abrasive character, and the way he carries himself tends to support this image.  To be frank, he seems like a dick, and certain teammates have reportedly struggled to get along with him.  I’ve given him crap about it in the past, so I wanted to credit him for something he did late in the Celtics’ blowout victory over the Nets.

On Boston’s final possession, someone had to shoot due to the shot clock being seconds behind the game clock.  Rondo had the ball at the top of the arc, where he simply could’ve dribbled the time away and fired a three.  Instead, he directed rookie Kris Joseph to come take the ball as well as his position in the offense.  As Rondo occupied the corner, Joseph was allowed to isolate his defender.  Joseph, who had just been recalled from the D-League, ended up scoring the first bucket of his NBA career.

Delight: Jared Sullinger: In addition to his aforementioned “flagrant” foul, Sullinger racked up a career-high 16 points on 6-7 from the floor.  He also grabbed 7 boards to help his Celtics, the league’s worst team on the glass, out-rebound the Nets 41-36.  Refer to the Boston Globe for Doc Rivers’ thoughts on Sullinger.

Disaster: The Nets: Where Brooklyn at?  With a 93-73 loss to the Celtics, the Nets fell to 3-9 in their last 12 games.  Avery Johnson’s rotational adjustments aren’t working at all, and if his team doesn’t pick it up soon he figures to find himself back on ESPN.  Self-proclaimed “system player” Deron Williams continues to be part of the problem with his sub-40% shooting, and Gerald Wallace has resorted to such bush-league tactics as giving Kevin Garnett an atomic wedgie.  With the Nets having spent hundreds of millions of dollars to assemble this .500 team, it’s beginning to appear as though much of Jay-Z’s money from ’88 is being put to waste.