Play of the Night: Ryan Anderson’s Pick and Slip

Quietly, Ryan Anderson has developed into the most prolific three-point shooter in the league, and the Pelicans Hornets are finding creative ways to get him open.  One of these ways is the pick and slip, and New Orleans used it to perfection on Tuesday night against Golden State.  The play is really quite simple; it’s a feigned a pick and roll that will confuse a defense and most often result in an open shot. 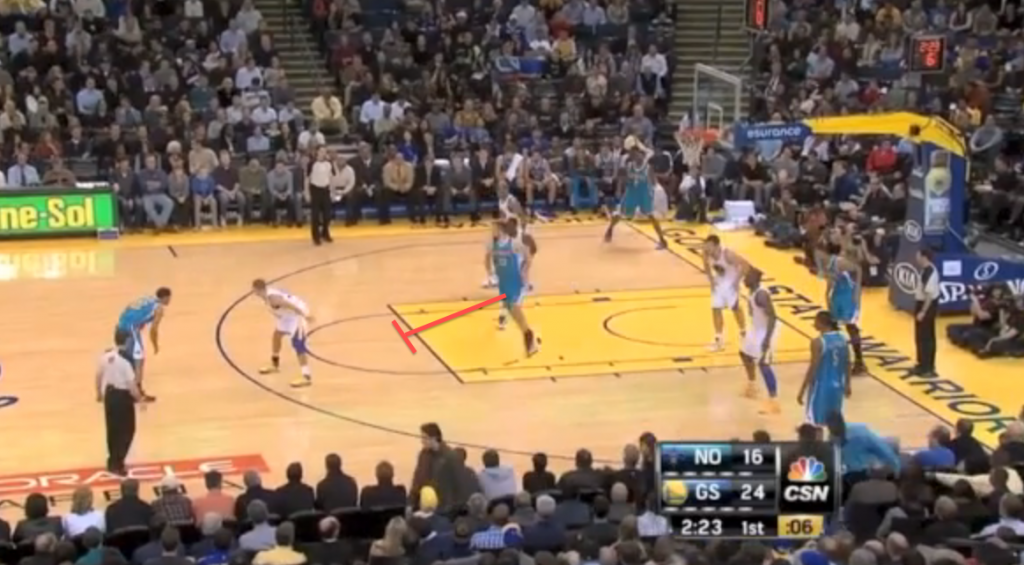 Here you can see Anderson lumbering up to the three-point line in what looks to be a standard screen and roll. 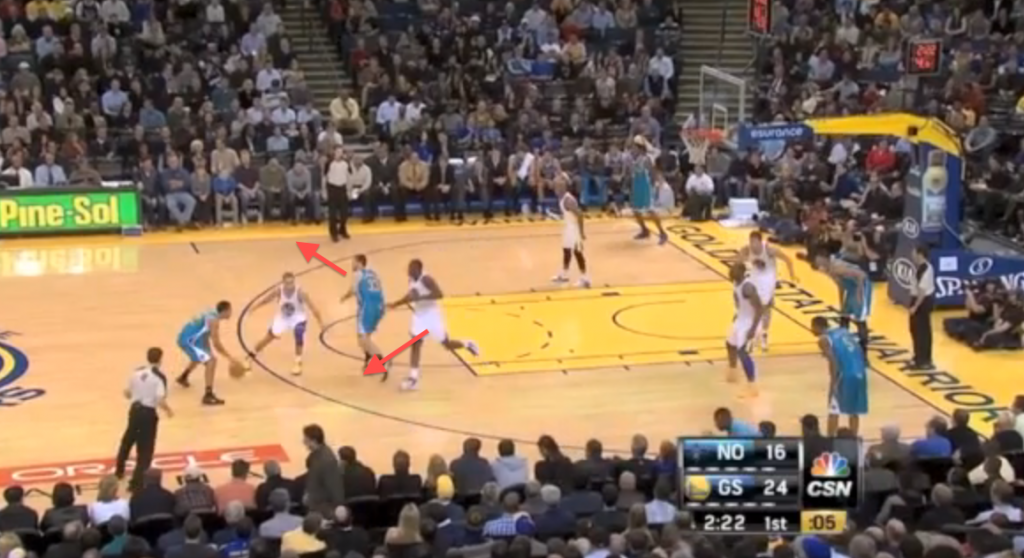 Instead of going all the way and setting the screen on Stephen Curry, though, Anderson makes a hard cut and slips out to the three-point line.  Draymond Green is playing as he usually would, coming up to hedge on what he thought would be a typical screen and roll.  He is now stuck on the wrong side of the play.

Anderson gets the ball and swishes the three.  The Warriors tried a last minute switch, but Stephen Curry is not only a little behind on the play, but also too short to contest the 6′ 10″ Anderson.  Here is that play and one other in real time: