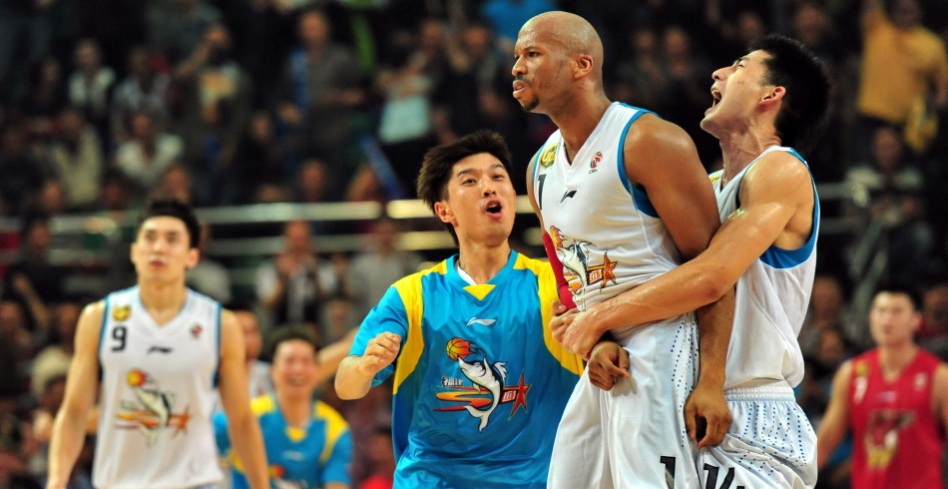 It’s been approximately one month since Tracy McGrady arrived in China to a hero’s welcome, and the former NBA scoring champion and seven-time All-Star has finally made his Chinese Basketball Association debut.  On Saturday morning, McGrady scored 34 points, grabbed 8 rebounds, and dished 9 assists for the Qingdao Doublestar Eagles.  Though his statistics were remarkable, T-Mac’s Eagles fell to 0-1 after he was embarrassingly stripped of the ball as he dribbled too casually with just 15 seconds to go in a tied game.  To make matters more humiliating, McGrady would not be given an overtime period to redeem himself.  Sundiatta Gaines, who famously made his NBA debut by beating LeBron’s Cavaliers at the buzzer, banked in a three to earn Fujian a victory in his first CBA game.  You can watch the dramatic sequence unfold right here…

Gaines had scored just 15 points on 16 shots prior to his last-second banker, so despite the untimely turnover McGrady clearly outplayed his counterpart.  Unfortunately, he ran into the international king of beginner’s luck.

Sundiatta Gaines must keep a four-leaf clover in his sneaker and a leprechaun in his pocket.  The Wizards ought to sign him to reverse their fortunes.