Posted on November 2, 2012 by Stephen Coston

Since being made the second overall pick by the Memphis Grizzlies in 2009, Hasheem Thabeet has recorded just 15 assists.  With his hilariously-poor assist-to-turnover ratio of .217, one doesn’t really expect Thabeet to make any sort of pass that ends up in the hands of a teammate, let alone a between-the-legs dish that leads directly to a scoring opportunity (and for his own team!).  That’s why I nearly spit out my drink and fell out of my chair when I saw him do what he did to Matt Bonner, and that’s also why I became borderline upset when Nick Collison Raef LaFrentz’d the highlight.

Fortunately, the baseline official had his priorities straight.  He knew he’d seen a clean block by Tiago Splitter, but he also recognized an opportunity to stop the action and assure that this gem was given the immediate replay it had earned.  That’s a good bad call, ref.  Props.

Since I’m not going to make any further posts about this game I suppose I ought to mention Tony Parker’s game-winning jump shot.  Parker was completely unguarded because Russell Westbrook followed Danny Green’s eyes to the wrong side of the floor. 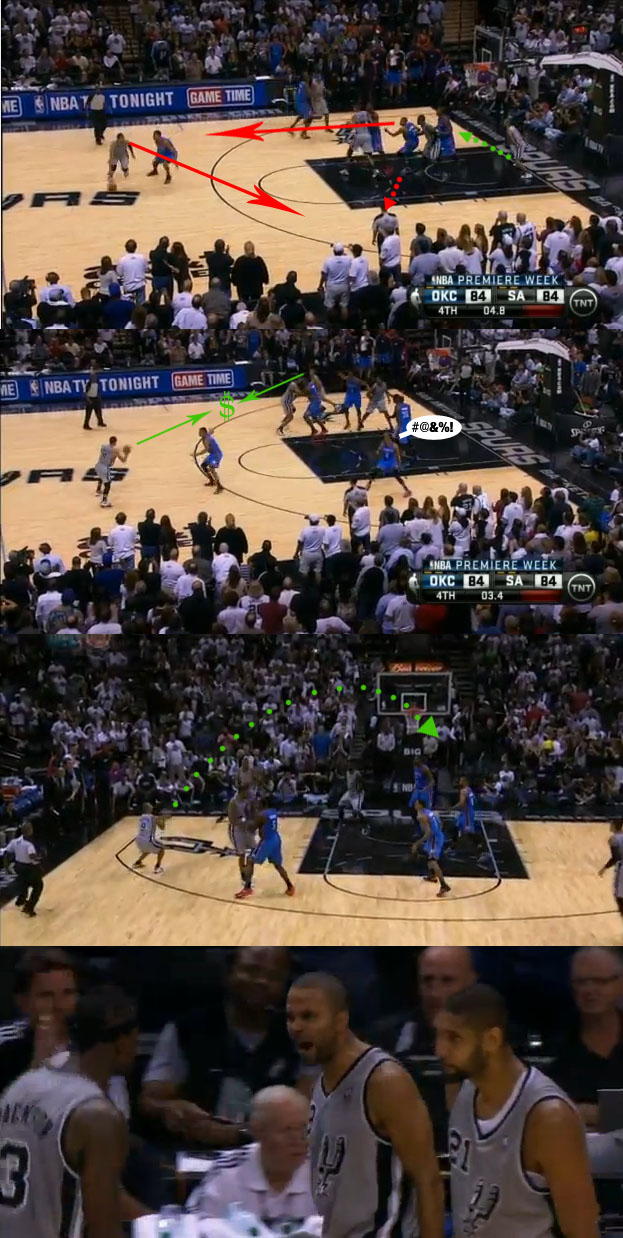