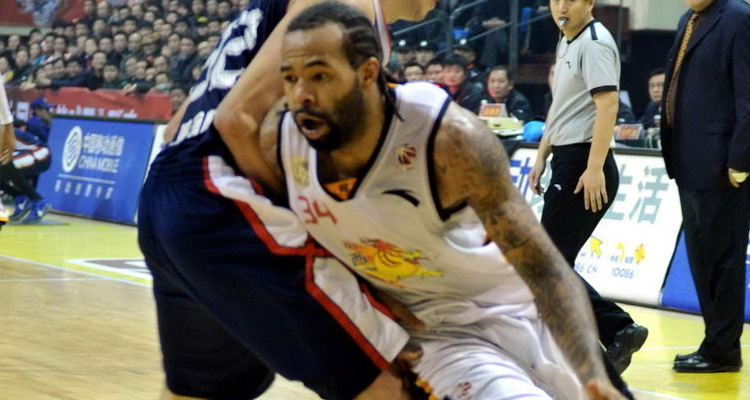 Before I get to the scores today I’m just going to talk about the playoff picture a little bit.  Although their positions aren’t completely set in stone just yet, the eight teams who will qualify for the playoffs were actually decided after Friday’s games.  The most notable squad that will NOT be playing any postseason basketball is JR Smith’s Zhejiang.  You may recall that JR was voted into the All-Star game, which is to be played on the 19th.  According to NiuBball.com, he has elected to skip the game and all of the other events that go along with it.  Smith will leave China immediately after his final game on Wednesday the 15th.  Anyway, the teams that DID qualify for the playoffs are Guangdong (Aaron Brooks), Beijing, Dongguan, Shanxi, Shanghai, Xinjiang, Guangsha (Wilson Chandler), and Fujian.  Guangdong will finish first, Beijing will finish second, but the bottom part of the bracket is still coming together.

Jilin 106, Zhejiang 96: Despite playing his usual minutes, JR Smith took just 13 shots and finished with 18 points.  I guess he’s just gonna chill until the 15th and make a quiet departure.  Zhejiang power forward Ding Jinhui, who isn’t a big-time scorer, came up with a game-high 33 (along with 11 boards), but they appear to have been playing without Josh Boone.  With Boone absent and Smith playing passively Zhejiang wasn’t able to survive 30 points from Cartier Martin.

Qindago 105, Shandong 89: Shandong had won three in a row, but they got Lester Hudsoned this morning.  Lester won’t be playing any postseason ball, but unlike JR Smith, that hasn’t caused him to slow down.  He dropped 43 on 7-17 from deep, nearly doubling the game’s second-leading scorer, Alan Anderson, who had 23.  Othello Hunter finished with just 6 points and 2 rebounds in 28 minutes of play as Shandong was pounded on the glass.

Beijing 93, Shanghai 78: The Shanghai Sharks really could’ve used a win in this game.  They would’ve improved to 18-13, a game ahead of Guangsha and Fujian, who are also 17-14.  With a game against lowly Tianjin coming up on Wednesday that would’ve put them in a great position, but this is just a bunch of woulda, coulda, shoulda.  In reality, Shanghai struggled to put points on the board as they lost by 15.  Marcus Landry was their leading scorer with just 18 points.  Randolph Morris led Beijing with 24.

Jiangsu 110, Guangsha 107: Wilson Chandler went for 24 and 20, but Guangsha dropped a big one to now 8-23 Jiangsu.  With a game against second-place Beijing coming up it seems quite likely that Guangsha could be in for an 8th-place finish and a match up with Guangdong, which would almost certainly result is a hasty first-round exit.  Hu Xuefeng led Jiangsu with 32.

Xinjiang 97, Dongguan 89: After a tough loss to Guangdong last round Xinjiang bounced back and beat a good team in Dongguan.  Of the five Flying Tigers who scored double fingures, Tang Zhengdong had the most–26.  Tim Pickett had 20/11/8 while Gani Lawal collected 16 boards.  Shavlik Randolph had 33 and 16 in the loss.

Shanxi 128, Guangdong 121: Marcus Williams went off for 40 points (20-22 from the line) as Shanxi ended Guangdong’s 13-game win streak.  In doing so they moved into a tie with Dongguan for third place, and whaddayaknow… they play each other on Wednesday.  I guess I know which game I’ll be watching.  Back to this morning’s contest… for Guangdong, Zhu Fangyu hit 9 triples on his way to 38 points while Aaron Brooks went for 25.  For Shanxi, Charles Gaines came up large, as usual; 32/14 for him.

Bayi 99, Liaoning 87: Liaoning loses their 7th in a row.  There’s really nothing more to report here… just an epic collapse.  Rodney Carney had 15 points, Josh Powell did nothing.  Wang Lei led Bayi with 25.

Foshan 116, Tianjin 115: Donnell Harvey’s streak of six consecutive 30/10 games came to an end as Tianjin lost by one in OT.  Harvey still went large–23 points, 20 boards–but it was the unidentified white guy who came up largest… he had 35 points, 11 rebounds, and 5 assist.