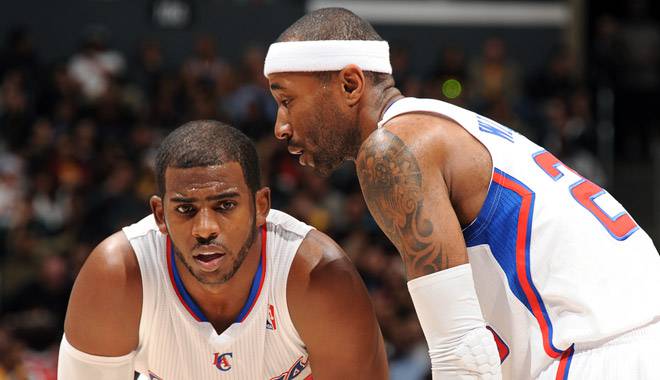 Well, I picked up a 5-4 win and moved to 18-17-1 (3-1) on the season, but I had a pretty disappointing week.  I led 8-1 going into Saturday’s games with just a single turnover keeping me from being up 9-0, but thanks to a missed game from Dirk Nowitzki and some awful freethrow shooting from Nene I was forced to bench players on Sunday in order to hold on to any sort of victory.  I really could’ve used a 6-3 or better to make a jump in the standings, but that wasn’t how the cookie crumbled.  I suppose I should be happy with a win considering my injury issues.

All rankings are based on nine-category (FG%/FT%/3PT/PTS/REB/AST/STL/BLK/TO) TOTALS and head-to-head format.  I caps-locked TOTALS because I used to go by averages.  I decided that going by averages doesn’t make much sense because the better player in fantasy basketball is the one who gives you the most production for the week.  So, rankings are based on totals now, not averages.

Mike Conley, MEM: Conley made his return from an ankle injury, and man was it triumphant!  Conley played four games averaging better than 18 points, 3 rebounds, 8 assists, and precisely 3 steals.  He shot nearly 70% from the floor, hit a three and a half, and helped Memphis win each and every game.  The winning may not seem like it matters in this context, but when guys are producing and their team is winning games that’s a prescription for more production.

Mo Williams, LAC: Many of you probably could’ve snagged last week’s 15th-ranked player off of the free agent wire.  Mo did miss the New Jersey game on the 16th and the Utah game on the 17th, but in the three games he played he gave you totals of 77 points, 8 three-pointers, and 4 steals.  He made all 11 of his freethow attempts and shot about 65% from the floor.  Chris Paul will be back for LA’s next game, so don’t expect this to continue, but Mo could be worth owning in a 14-team league.  Chauncey Billups has been playing like trash and it’s going to be pretty hard for Vinny Del Negro to keep Mo off the floor if he’s scoring like this… especially with the aforementioned Billups regularly going 1-10.

DeAndre Jordan, LAC: DeAndre was very active around the rim last week.  He swatted 15 shots and scored an average of 10 PPG on 72% from the floor.  He also hit the glass hard to the tune of 10 boards a game to make his line a double-double.  I watched all five Clipper games last week and I must say, DeAndre looked awesome.  Early in the season he looked a little bored with his uninvolvement at the offensive end, but he seems to have embraced his role lately.  He’s killing it.

Ricky Rubio, MIN: Ricky’s defense hasn’t been too shabby in real life, but in fantasy land it’s been nothing short of incredible.  Rubio racked up another 15 steals last week in just four games, boosting his season average to 2.4 per game.  He shot like sh!t, but you’ll deal with it if he’s doing nearly 4 steals and 8 assists.

CJ Watson, CHI: If Derrick Rose ever goes down for any extended period of time you need to sprint to the nearest computer and add this man.  Watson ranked 26th last week with four games of 17/6/2 3s/2 STL.  That being said, he isn’t taking a single minute from a functional D-Rose, so don’t bother at this point.

CJ Miles, UTA: Miles had an intriguing week of 18 PPG over three games.  He racked up quite a few steals and shot the ball well, but Josh Howard will likely be back next game and Gordon Hayward is still in the starting lineup.  Is Miles worth owning?  Probably not… but J-Ho is prone, and if he gets hurt again you should pounce on CJ Miles.  He’s a decent guy to keep on your radar for instant offense off of the free agent wire as well.  If you’ve got an open roster spot that you use to stream free agents Miles is one of the most reliable options for points, threes, and random goodies.

Marcin Gortat, PHX: The Polish Nose is averaging 14 and 9 on the season.  I just felt that his numbers called for a mention, especially considering the 13 boards per game he grabbed last week.  There’s virtually no threat to his minutes with Channing Frye playing like crap and Robin Lopez being Robin Lopez, so Gortat should continue to dominate.

Al Harrington, DEN: I just have to do a little bragging.  I picked my main man Al “Sixth Man of the Year” Harrington in the 8th round.  He currently ranks one spot higher than Carmelo Anthony, who’s Knicks he sh!tted on down the stretch of that double-OT victory at the Garden.  Al went off for 29 on the Wiz, 27 on the Knicks, he plays the Kings and the Craptors this week… life is good.

Mickael Pietrus, BOS: Pietrus has been one of very few pleasent surprises in Boston this season.  He got off the plane hot and has been hitting his threes at a 44% clip since arriving on the scene.  With Ray Allen most likely out for tonight’s match up with Orlando (a former team of his) he could be in for another good game.  He doesn’t play a large enough role to be worth owning at this point, but if Ray or Paul go down for an extended period, the Cs blow it up, or Bean Town enters tank-mode, Pietrus could be a half-decent source of trifectas.  Keep your eye on him… he’s similar to CJ Miles.

Jarret Jack, NOH: Jarrett is the only Hornet that should be owned in your league.  I’m only exaggerating a little bit.  Seriously, their rotation is f@cked, Eric Gordon’s status is in question, and they just plain suck.  Jarrett is all they’ve got, and it shows in the 19, 4, and 6 he put up last week.

This entry was posted in Fantasy Studs & Duds. Bookmark the permalink.