Stephen Jackson Had A Lot To Say Today 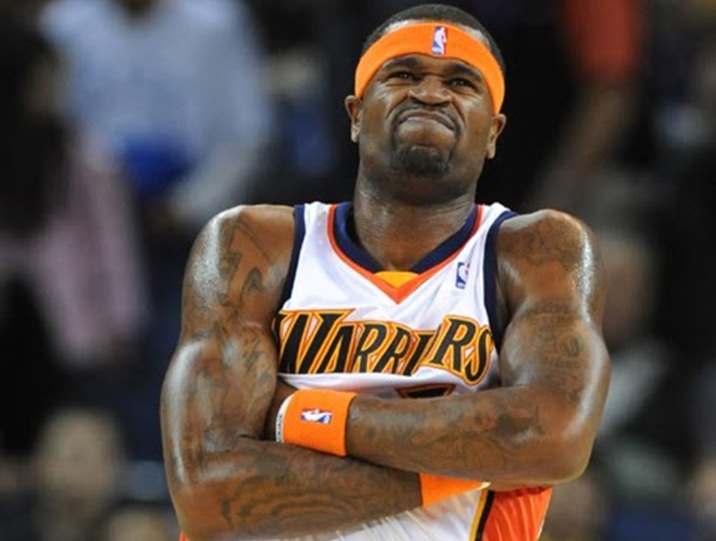 Stephen Jackson has always worn his heart on his sleeve.  He’s always spoken his mind, and he’s never held anything back.  Most importantly, the only games where the guy doesn’t leave it all on the floor are the ones he gets thrown out of.  Yes, his attitude has gotten him into trouble at times, but it’s that same attitude that’s made him an emotional leader on some pretty darn good basketball teams, including a Spurs squad that won a title.  That highly-emotional, intensely-passionate, explosively-volatile attitude is also why he’s a long-time favorite of mine.  I can’t imagine anyone who isn’t a Dallas Mavericks fan not liking Stephen Jackson, and even they have to respect him.  If there does happen to be someone reading this who isn’t particularly fond of Stack, read his thoughts on…….a whole lot of things, and honestly tell me that you can’t appreciate how they stand out amongst all of the watered-down, PC mumbojumbo we get from the majority of players these days.  Props to Bucksketball.com for finding the following quotes…

“If guys come in here not focused on a championship, just making the playoffs, we need to trade them. We need to be talking about championship and nothin’ else. You can’t limit yourself to just playoffs. Who wants to do that? Playoffs is not really an achievement to me. Anybody can get to the playoffs.”

“If I’m shot, I’ma get stitched and play the next game. I got hit by a car and played two days later.”

“Ya’ll know me, I’ma tell you the truth, love it or leave it. You don’t like me, I don’t care anyway. I’ma tell you what’s real and I’ma tell you how I feel. I definitely feel we can get this thing done. I’ve always wanted to play for Scott, He’s one of the very few coaches I go over and shake hands with when I’m on the opposing team.”

“Dallas sucks to me.”

“Was there a lockout? I don’t know, I wasn’t even watching the news, I wasn’t affected by the lockout, I don’t have money problems. Yeah I wasn’t playing basketball, but I can’t control that. I was doing my music stuff at the time.”

And those are just my five favorites.  Head on over to Bucksketball.com for the rest.  It’s a damn shame that Jackson’s 33 years old.  He’s the type of guy who deserves to ball forever.  I hate to use cliches, but he’s got the heart of a champion.

4 Responses to Stephen Jackson Had A Lot To Say Today