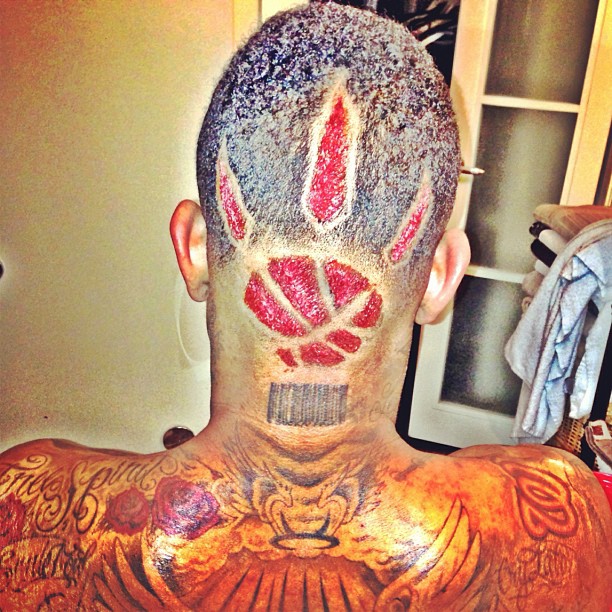 Believe it or not, the Toronto Raptors are currently in the midst of a four-game win streak, their longest such streak in over two calendar years.  None of the teams they’ve beaten over the past seven days are .500 right now, but hey, neither are the Raptors, and this streak represents half the victories they’ve accumulated all season long.  While it will almost certainly end up a forgotten, inconsequential development, this streak has got to be great for a struggling team’s morale.  As a matter of fact, it’s pretty apparent that some players are experiencing a new-found sense of Raptor pride.  Take Amir Johnson, for example, who recently elected to shave the team’s alternate logo into the hair on the back of his head.  As you can see, Johnson is so excited to be a Raptor right now that he took it one step beyond the clippers and dyed the logo red.  With a three-game road trip on the horizon, he picked a perfect time to represent.

I’m just glad Amir thought better of doing this in the form of a tattoo, because that definitely wouldn’t have been a good look.  The haircut is pretty cool, though.  It came out better than Tony Allen’s grizzly bear, that’s for sure.  There’s only one thing left to do now, and that’s to get the rest of the team to the barber shop!

Photograph via The Score.