Dwyane Wade Leaves Indiana In A Pair Of Pink Pants 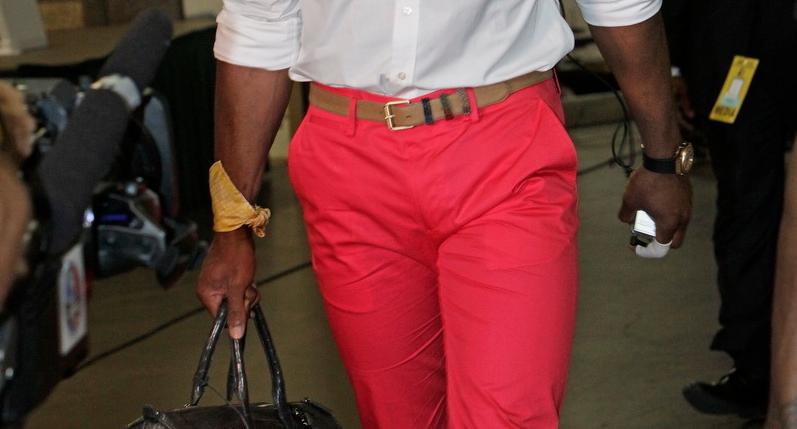 From Russell Westbrook’s fishin’ fit to Nick Young’s… ensemble, these playoffs have certainly produced their share of unthinkably-ridiculous fashion statements.  Pink pants, though?  Not even in the current day of skinny jeans and lens-less hipster specs have I come across any ball player brazen enough to leave his home wearing hot-pink, tight-fitting pantaloons.  And, as if to suggest that the florescent britches weren’t quite flamboyant enough for an occasion such as a potential series-clinching affair, Dwyane tacked on a subtle touch of what the f@ck is he thinking in the form of a bandana wrapped around his wrist.

Did Gabrielle tie that sh!t for you, Dwyane, or did you execute a google search?  From whose closet did the majority of these items come from?  Was the man purse really necessary here?

You should be ashamed of yourself, Dwyane.  Forty-one points, ten rebounds, and all those awesome bank shots be damned; you’ve brought a laughable degree of swaglessness upon us, and you’ve done so during a time of great struggle.  Despite Allen Iverson’s best efforts, I think it’s safe to say we’re doomed.