Delonte West Prepares For An NBA Game. Yes, This Is Funny. 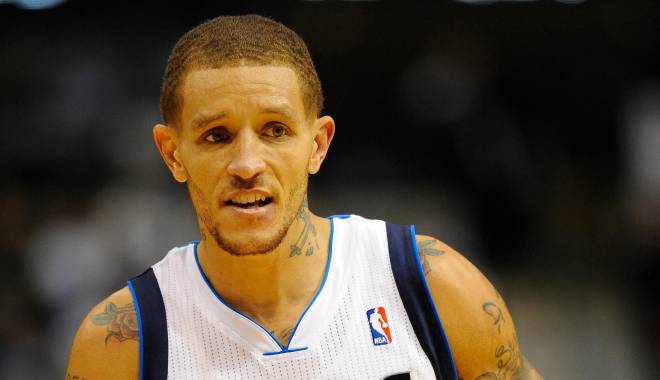 Delonte West is a character.  He’s been known to make rap videos outside of fast food chains, play basketball with a sock, and live by the g-code.  It seems that absolutely everything he does is hilarious, and I don’t know about you, but I’ve always wondered how such a unique individual prepares himself mentally for a game of NBA basketball.  Thanks to Youtube and the Dallas Mavericks I don’t have to wonder anymore.  With a little help from Brendan Haywood, here’s the one and only Delonte West getting in the zone…

I’ve got two questions, and two questions only: First of all, why isn’t someone paid to follow Delonte around with a video camera 24 hours a day?  Secondly, can we get a 2 Chainz/Delonte collaboration?  Maybe give Stephen Jackson a feature as well.  Recruit Lou Williams, bring AI out of musical retirement… f@ck, man, forget the whole 2 Chainz idea (no disrespect to Mr. Tity Boi), I want an NBA posse cut!  Man, would that be epic or what?  It would have to be kept under the radar, though.  David Stern wouldn’t be having that sh!t.

I lied… I have a third question: why hasn’t Red Bull given Delonte an endorsement deal?  Notice the can in his left hand.  Those commercials would be gold.

One Response to Delonte West Prepares For An NBA Game. Yes, This Is Funny.