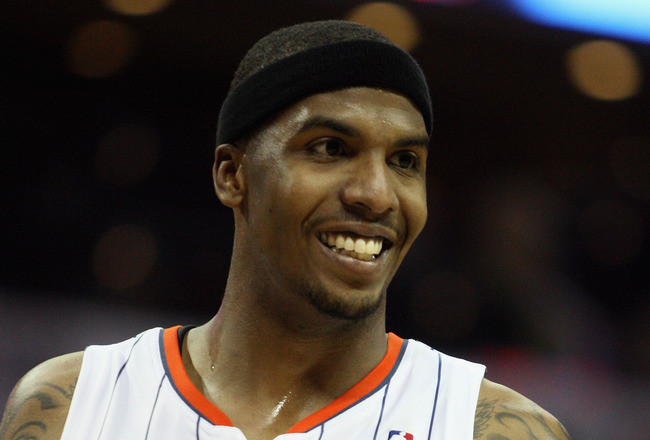 In this edition of The #NBA Is Tweeting, Chris Paul congratulates Mike James on his return to the NBA, CJ Watson considers putting some money on Kevin Love’s ridiculousness, Walter McCarty tries to get a little insider information from Floyd Mayweather, and BJ Mullens tries to sell you a t-shirt.  Also, Tyrus Thomas reveals a little-known nugget about his youth, shows a sensitive side, and takes on the role of Twitter’s grammar police.  Good luck with that, Tyrus.

Chris Paul (@CP3): Happy for my homie @mikejames7 with the Bulls!!! Gr8 dude w/a beautiful family…if ONLY he had a jumpshot and some handles haaaa! #Respect

Von Wafer (@vonwafer13): @nate_robinson congrats bro seph keep up the work jus not when u play us though

CJ Watson (@quietstorm_32): If I was a gambling man I would bet Kevin love would get a double double in every game this season if he stays healthy #justsayin

Tyrus Thomas (@TyrusThomas): #RANDOMFACT in the 5th grade I had infections in both knees. The doctors told my mom I’d probably never walk straight again! #StayPrayedUp

Tyrus Thomas (@TyrusThomas): C’mon people, they are kids! They feel bad enough! I’ve been there! (Final4 2006) Congratulations on a SENSATIONAL season! #GeauxTigers

Tyrus Thomas (@TyrusThomas): Last Tweet: notice the use of YOU’RE, YOUR, TOO, TO, and THEIR… They have their own meaning so use them properly!

Chris Kaman (@ChrisKaman): Ok so where is the best place to buy the King Cake since the grocery store one was a failure?! Plus which is the best flavor?

Walter McCarty (@waltermccarty): @FloydMayweather Has there been any responses from Pacquiao’s camp yet? I’m anxious to buy my seats!!!! #Moneyteam

I think Rubio’s talking about how he should be starting over Luke Ridnour.  We’re with you, Ricky!

This entry was posted in The #NBA Is Tweeting. Bookmark the permalink.