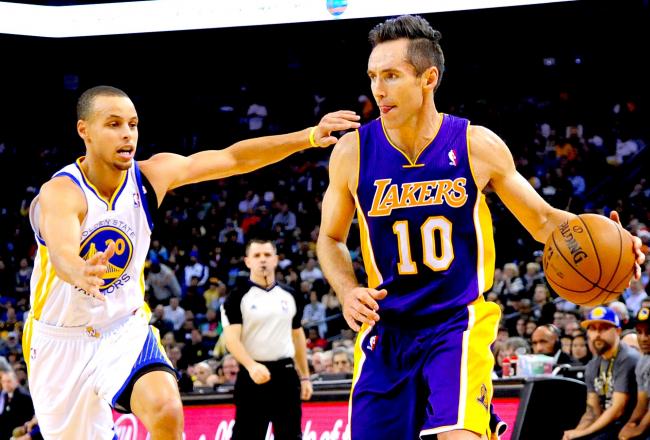 Silver Screen & Roll: Breaking down a few of the late-game plays that allowed the Lakers to bounce back from a double-digit deficit and defeat the Warriors in overtime on Saturday night.  Basically, these are the possessions that didn’t end with one of Kobe’s 25 bricks.

The Basketball Jones: According to GQ, Tyson Chandler, who wears capes despite not being a superhero, is the most stylish man in the NBA, and the 8th most stylish man in the world.  Look, I’ll be the first to admit that I have absolutely no understanding of modern fashions… but come on, man; there’s no way anyone with eyes can look at Tyson f@cking Chandler and say, “wow, this man really knows how to dress himself.”

Youtube: Watch Fab Melo, who has been best described as “Javale McGee lite,” block a D-League record 14 shots on his way to a triple-double for my hometown team, the Maine Red Claws.  The D-League’s previous blocks record had been 11, accomplished by Courtney Sims, Kurt Looby, and Cheikh Samb.  You may recall Samb from the time he got dunked on by Brandon Roy.

Eye On Basketball: LeBron James says he’ll never participate in the Slam Dunk Contest, but I’m not sure I believe him.  Normally he says he will participate, then doesn’t.  Now he says he won’t participate… so he will, right?  Either way, no one cares anymore, LeBron.  As long as Gerald Green and James White are in it then we’ll all be happy.

Mavs Moneyball: Chris Douglas-Roberts, who fairly recently scored 49 points in a D-League preseason game, has been called up to the big league by the Dallas Mavericks.  Douglas-Roberts will become just the latest of many players to occupy Dallas’ final roster spot, which has previously been manned by Eddy Curry, Troy Murphy, and Derek Fisher, in that order.

Ball Don’t Lie: Dirk Nowitzki made an unexpected return to the Mavericks’ lineup on Sunday.  However, he played fewer minutes (20) than he’d expected to as the Mavs got blasted by the Spurs, who set a franchise record with 20 made threes.

Fox Sports: On Saturday, DeMarcus Cousins was suspended “indefinitely” by the Kings for conduct detrimental to the team (basically, he got into it with Keith Smart during halftime of Friday’s loss to the Clippers).  Today, Cousins was asked to rejoin the team after missing just one game.  While I doubt that this will be the last time Cousins causes some sort of problem, at least he’s acknowledged that the dispute with coach Smart was his fault.  Last time he had a feud with his coach he simply got the dude fired.

Beyond The Buzzer: Iman Shumpert has started a rap beef with Stephen Jackson.  Poor decision, as this can’t possibly end well for Shumpert.  Inevitably, he’ll either get smoked on the microphone or get his ass beat… or both.  It’ll be a cold day in hell when Stak5 lets a hipster like Shumpert score trill points off his name.

Salt Lake Tribune: Heads up, league pass junkies — Mo Williams is out indefinitely with an injured thumb, which means Jamaal Tinsley will be back in Utah’s rotation.  Tinsley, a Rucker Park regular nicknamed “The Abuser,” has long been known for his flashy playing style, even within the structure of the NBA.  For those who are into that kind of thing, keep an eye on upcoming Jazz games.

De-Thurmond Analysis: NBA247365.COM contributor Jacob Frankel recently spoke with a member of Cleveland’s front office, who denied a popular rumor in stating that the Cavaliers organization is very high Anderson Varejao and that the Brazilian center isn’t likely to be traded before this February’s deadline.