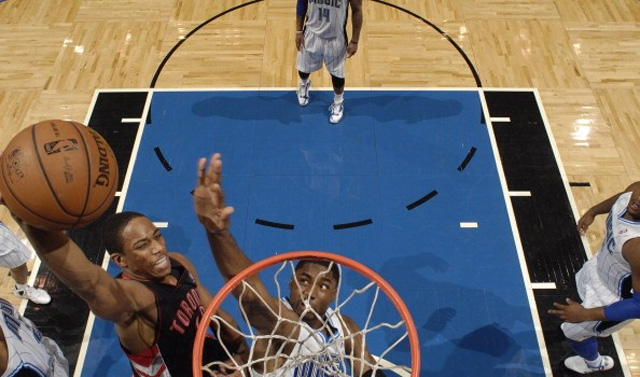 It’s not about how you start, it’s about how you finish.  The old adage has kind of become an unfortunate theme for the 16-27 Raptors, as they’ve developed a habit of stealing defeat from the jaws of victory this season.  On Thursday, however, DeMaR DeRoZaN would change all that and deliver the Raptors their first buzzer-beating win in six long years.  DeRoZaN got off to a slow start, scoring just eight points through the first three quarters, but he’d finish with 22, including each of his team’s final six.  Although the majority of his field goals were jump shots, DeRoZaN did elect to attack the paint on a few occasions, once finishing with a right-handed slam over E’Twaun Moore.  Skip to the 2:53 mark.

Pretty solid night for DeMaR, to say the least.

Throwback Poster of the Day: To keep these Craptor fans grounded…