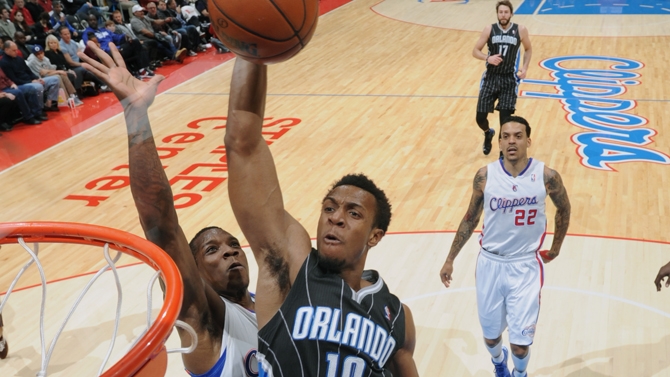 Ish (short for Ishmael) Smith, a six-foot point guard out of Wake Forest, doesn’t get to play very much.  In three NBA seasons Ish has appeared in just 89 games for a total of 892 minutes.  Basically, it’s taken him three seasons to play a single season’s worth of third-string point guard for the Rockets, Grizzlies, Warriors, and Magic.  While I’m sure he’s happy to be a player in the world’s premier basketball league, I’m also sure Ish would prefer to see the floor a little more frequently.  For the most part, basketball players like to play basketball (I’m talking to you, Jerome James).

Lately, Smith has been getting sparing but regular burn for the Magic.  He’s been forced into the rotation due to an elbow injury to regular backup point guard Etwaun Moore, who got hurt seven games ago.  In a loss to the Raptors on December 28th, Ish recorded a season-high 13 points — one more than the 12 he’d scored over the season’s first 29 games.  While he didn’t quite reach 13 against the Clippers on Saturday, he did contribute 7 of Orlando’s 39 bench points in a 104-101 Magic victory.  He also had the and-one dunk of his life.  Then airballed the free throw.

What incredible transition defense by the LA Clippers!  Smith is about a step from the baseline — behind all five Clippers — when he takes his first dribble, yet he beats every single one of them to the basket.  Ninety-four feet of floor Ish Smith had to navigate and not a single Clipper stepped between him and the rim.  Forget the airballed free throw, lets all make of the Clippers’ defense.  Absolutely pathetic.

For the record, this is probably Ish Smith’s first NBA dunk.  I’d never seen him dunk before, and a Youtube query of “Ish Smith dunk” yields nothing but college highlights and various clips of his saucy passes leading to dunks by other people.

One Response to Ish Smith Throws Down Dunk Of His Life, Airballs Ensuing Free Throw (VIDEO)