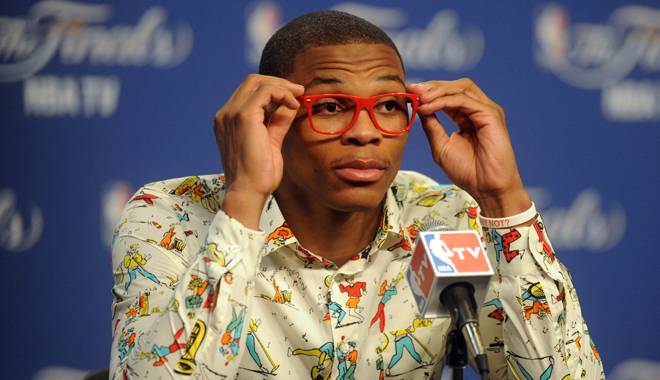 Clearly, Russell Westbrook likes to be on the cutting edge of fashion both on and off the court.  Just yesterday he arrived at LA’s Staples Center wearing what appears to be a leather t-shirt, then took the floor in a pair of Thunder-themed Air Jordan III player exclusives that sent Twitter into a frenzy (personally, I think it’s an ugly colorway).  In another recent on-court fashion development, Russell became the first player to sport the heinous Jordan XX8s.  His most memorable off-court outfits have included polo shirts with fishing lures as well as red skinny pants, and his hipster specs have become an unfortunate sensation.  Aside from maybe Tyson Chandler, who literally wears capes, Westbrook really has no NBA peers when it comes to dressing ridiculously.  Considering the things that some of these players wear, that’s saying something.

Being that Westbrook is so dedicated to being a trendsetter, I thought maybe I could tip him off on a few innovative fashions that are yet to take the world by storm.  Yesterday, I happened upon this review of an event called The London Men’s Collection, which, according to the article, is “a week-long preview of cutting edge collections for the Fall/Winter 2013-2014 season.”

You hear that, Russ?  A preview of cutting edge collections for the Fall/Winter 2013/14 season!  Adopt some of these looks immediately and you could really be ahead of the curve!

All of the following photos are from the article linked above.  If you dare, you can click the thumbnails to make the weirdness grow larger. 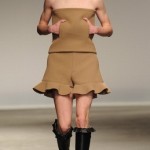 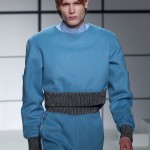 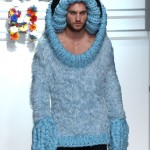 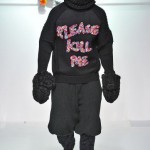 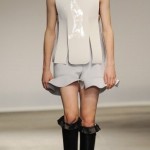 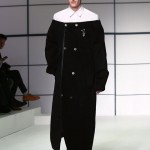 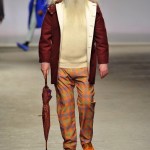 Never seen anything quite like this, have you Russell?  Personally, I’m a big fan of the one with the exaggerated knit hood and oven mitts.  It makes you look like Queen Amidala from Star Wars and would be nice and toasty during a road trip to Minnesota.  Also, with the NBA’s possible return to Seattle, the old man’s umbrella could become an accessory that’s as functional as it is fashionable.  As for the shoulderless one-piece with the rain boots, that might be something more ideal to be broken out in a place like LA or Miami, where the weather is good, the national media is present, and it’s of the utmost importance to make dramatic fashion statements.  Oh, and if you really want to push the limits, just wear that “please kill me” shirt to a press conference.  That’d be sure to draw attention, both from the public and Commissioner Stern. 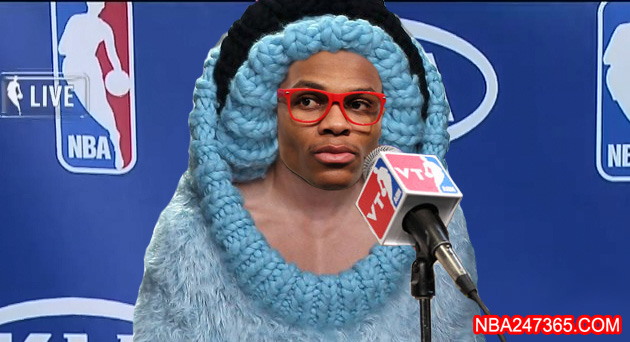 2 Responses to Some New Fashion Ideas For Russell Westbrook