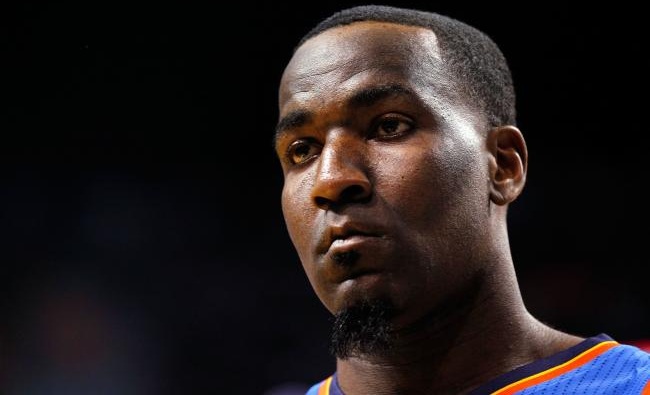 In this edition of The #NBA Is Tweeting, Tony Allen craves Jamaican food, Jason Thompson goes to practice, Wilson Chandler likes things that aren’t good for him, and Kendrick Perkins is a bird that flies backwards.  Also, Isaiah Thomas searches for Eminem, Daniel Gibson wants a flying car, and Stephen Jackson takes a picture of his money…

Tony Allen ‏(@aa000G9): I wonder if they still got that Jamaican jerk spot in Boston, I forgot the Name! But they oxtails were on point!!

Wilson Chandler ‏(@wilsonchandler): I always like things that are not good for me.

Al Thornton ‏(@AThornton14): For some reason I’ve been a serious gucci junkie lately.

Kendrick Perkins ‏(@KendrickPerkins): I’m so tired right now and can’t even think straight, if u took my brain out and put it in a bird the damn bird would fly backwards, lol

Kendall Marshall ‏(@KButter5): Only shoe me and my dad ever camped out for was the Altitude 13′s. Got to the mall at 4AM, three ppl beat us there.

Stephen Jackson ‏(@DaTrillStak5): I know money isn’t everything. But it sure helps you enjoy your everyday life. #thankful http://instagr.am/p/T9hzSMxf97/

What do you figure he spent that on?

This entry was posted in The #NBA Is Tweeting. Bookmark the permalink.