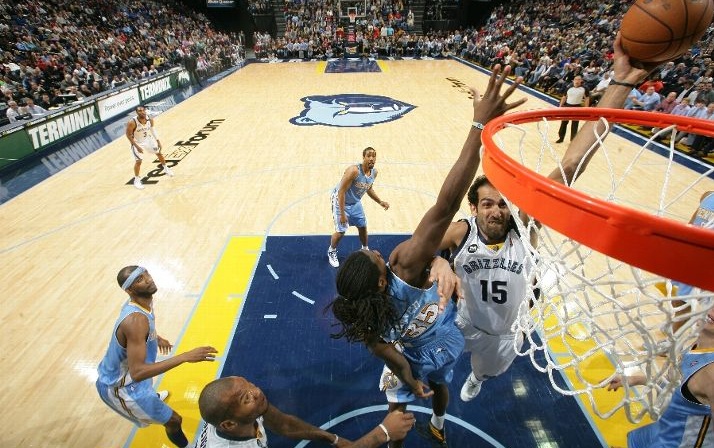 From the Memphis Commercial Appeal: There was Haddadi, helping Quincy Pondexter off the floor after the guard suffered an MCL sprain with three seconds left in the third quarter. And he wasn’t just helping him — he was carrying him. And then, a few moments later, the Forum got as loud as I’ve ever heard it when Haddadi, inserted into the lineup to start the fourth quarter, posterized Kenneth Faried with a massive dunk.

The reserves’ energy and spark helped pave the way for Rudy Gay and Co. to take care of the Nuggets in the final moments, as I wrote in last night’s live coverage.

So basically, according to this accredited account, Hamed Haddadi played hero with his momentous slam dunk in the Grizzlies’ 81-72 victory over the Nuggets.  Sorry, Iggy, but you’re going to have to settle for an honorable mention.