Play of the Night: The Bucks’ Single-Double

One of the most used ways to get a shooter open in the NBA is the single-double play.  It involves a one-man screen on one side, a two-man screen on the other, and a shooter running between them.  Last night against the Heat, the Bucks employed this play to push their lead from a reachable 16 to a more distant 19. 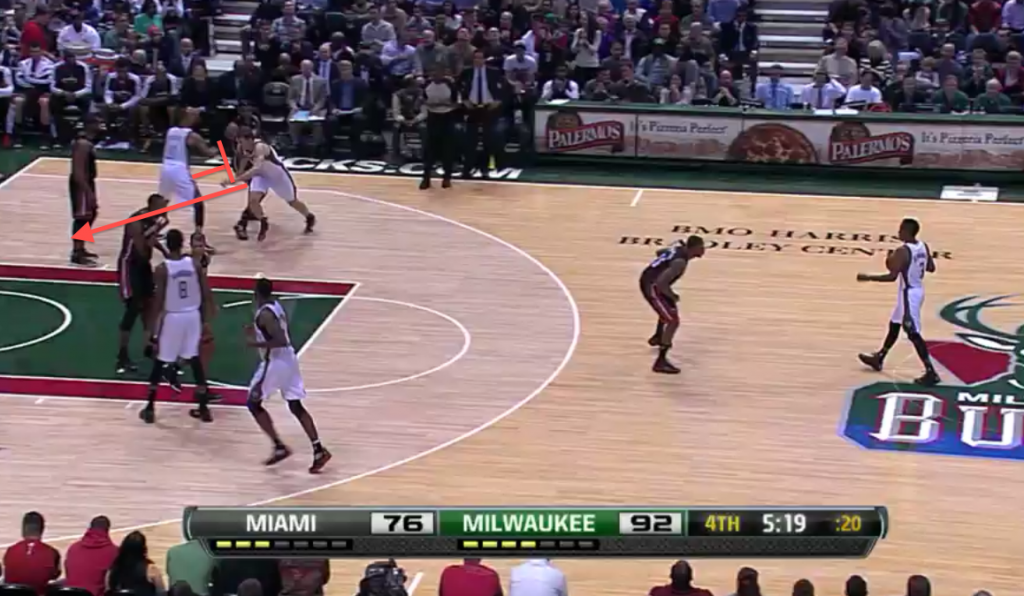 This play begins with the shooter, Mike Dunleavy, running off the one screen on the far side.  You can see the double screen starting to form on the near side. 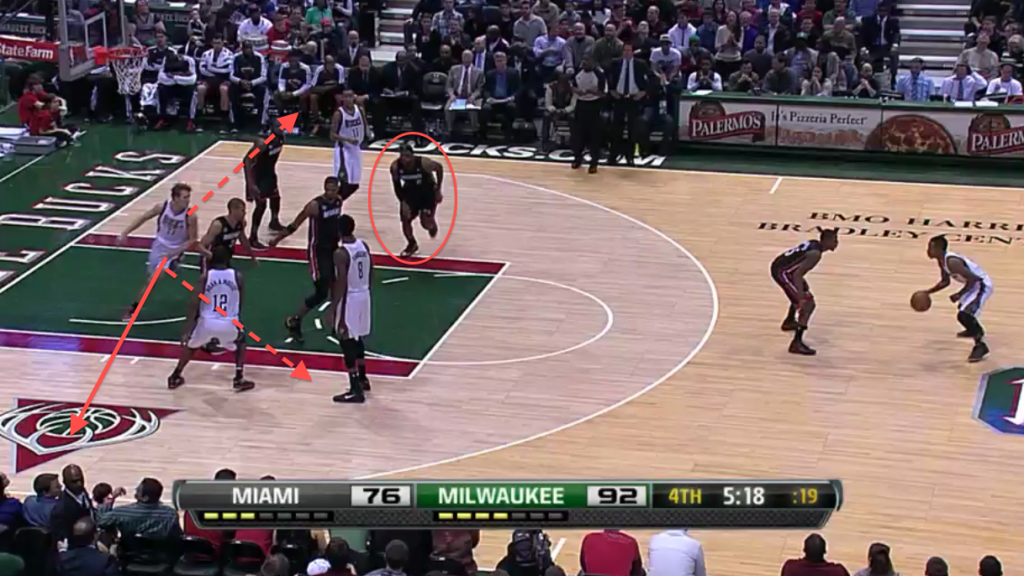 As Dunleavy comes off the first screen he has to read what LeBron James is doing.  If James is staying right behind Dunleavy, he will come around the double screens and curl towards the middle.  If James goes over (which is what he does) Dunleavy pops out to the corner.  If James over-pursues he can cut back to the single screen (and make the same over/under read).  These are only the first three possibilities of many in the single-double.  Only a number players have mastered running it, namely Ray Allen and Reggie Miller. 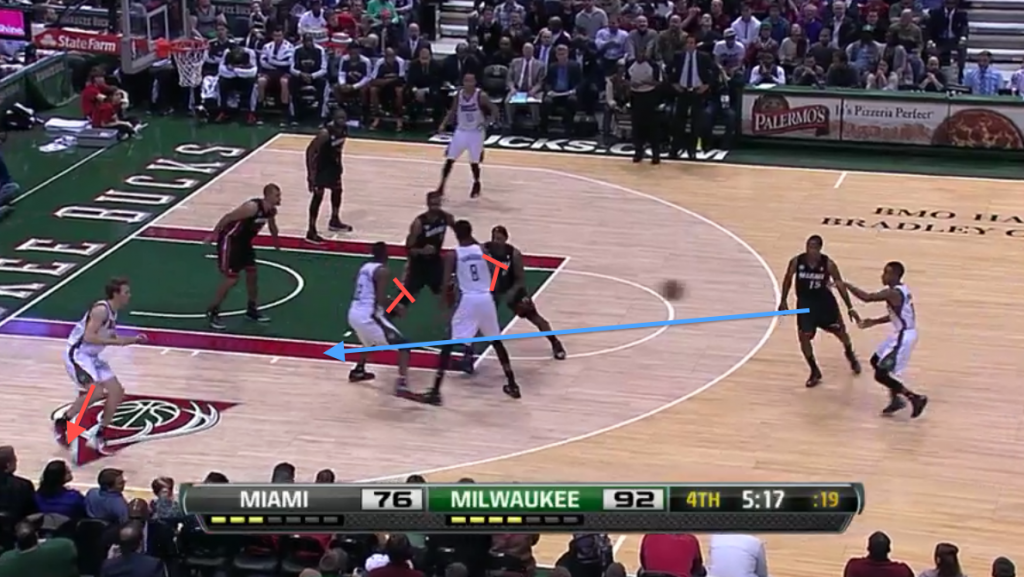 James goes over because he is expecting Dunleavy to curl around the horn, but Dunleavy reads this and pops the corner.  Shane Battier can’t help quickly enough and Dunleavy puts a dagger three into the Heat.