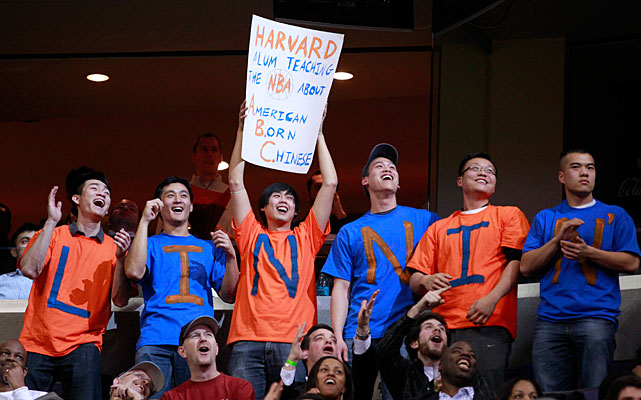 Monday, December 17th: Rockets @ Knicks, 7:30 ET, NBATV: Toney Douglas returns to his old stomping grounds in what figures to be an emotionally-charged battle.  Despite his defensive capabilities, Douglas was anything but a fan favorite during his time with the Knicks.  His struggles on the offensive side of the ball frustrated New Yorkers, and after three tough seasons he was sent to the Rockets in a trade for Marcus Camby.  Since landing in Houston, Douglas has played improved basketball.  Though he averages just 8 PPG, he’s often given crucial minutes over the highly-touted Jeremy Lin, who received a $25 million contract last summer.  Douglas will surely be looking to prove a point at Madison Square Garden tonight, both to the fans and his former teammates.  Without a doubt, the return of Toney Douglas has made this one of the most anticipated games of the season.

Tuesday, December 18th: Timberwolves @ Heat, 7:30 ET, NBATV: LeBron James and Ricky Rubio (assuming he’ll play despite this being the second game of a back-to-back) are the obvious draws, but I’m looking forward to watching Nikola Pekovic muscle Chris Bosh in the restricted area.  Big Pek is averaging close to 25 PPG over his last three games, and the return of Rubio is only going to make him more effective (Pekovic is one of the best pick-and-roll centers in the league).  Kevin Love is expected to play in Orlando on Monday, so he ought to be in action as well.  Taking that into consideration, maybe Miami will resort to starting Joel Anthony.  Either way, Pekovic ought to slaughter these dudes.

Wednesday, December 19th: Nets @ Knicks, 7:00 ET, ESPN: This is already the third match up between the boroughs (are we sure they only play four times?), but the first to take place at Madison Square Garden.  The mixed environment at Barclays has been different and exciting, but it’ll also be fun to see these teams face off in front of what figures to be a more one-sided, hostile crowd.

Thursday, December 20th: Thunder @ Timberwolves, 7:00 ET, TNT: Be sure to take note that NBA Thursday begins an hour early this week.  Last March, the Thunder and T-Wolves combined to score a whopping 249 total points in a game that featured three 40-point scorers and one triple-double.  It’s highly, highly unlikely that we’ll see anything like that, but if there are two teams capable of putting up ridiculous numbers it’s these two right here.  Lots and lots of talent will be on display in Minnesota.

Friday, December 21st: Kings @ Clippers, 10:30 ET, NBALP: Weak slate this Friday, so you might as well watch the Clipps clown the Queens.  Maybe Bill Walton will be on the call.  Bill is very critical of the Kings, so that would be extra hilarious.

Saturday, December 22nd: Lakers @ Warriors, 10:30 ET, NBALP: Pacific Division power Golden State hosts the struggling Lakers in front of 20,000 rambunctious fans.  The Warriors slipped up and got blown out in Los Angeles, but they’ve been on a role lately with wins in six of their last seven games.  I love the fact that everything I typed is factual and essentially the inverse of what we all expected.

Sunday, December 23rd: Timberwolves @ Knicks, 5:00 ET, NBALP: I try not to list the same teams over and over, but it’s the Timberwolves and the Knicks.  I don’t think anyone’s complaining about watching either of these squads, let alone both at the same time.  Assuming he plays, ‘Sheed Wallace alone makes each and every Knicks game worth your while.