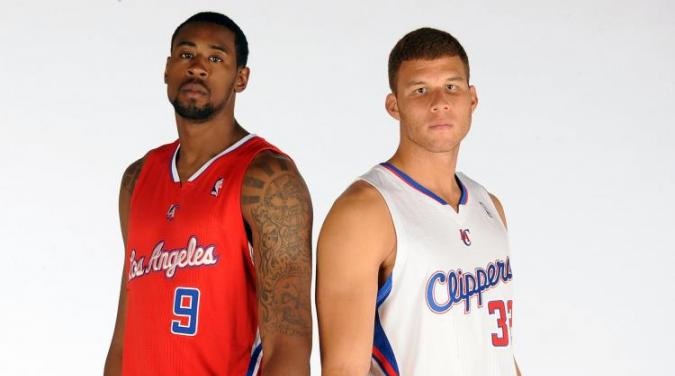 Prior to their 94-89 win in Chicago, it’d been a while — about twenty years, to be specific — since the last time the Clippers won seven games in a row.  Back when Blake Griffin was still rocking pampers, Ron Harper, Danny Manning, and the ’91/92 Clippers ran off eight consecutive victories on their way to a seventh place finish in the 13-team Western Conference.  At 47-35, they were a solid playoff squad… but not quite the traveling aerial exhibition that the current Clipps have become.  In the second quarter of LA’s seventh straight W, Blake Griffin and DeAndre Jordan put on one of their signature dunking demonstrations, treating 21,571 to one hell of a show…

Griffin, who was recently awarded Player of the Week honors for the first time in his career, finished with 22 points and 10 rebounds on 10-19.  If I’m not mistaken, six of those field goals were dunks.  As for DJ, he had a quiet offensive night (7 points on 3-5) but made an impact on the glass with 10 boards of his own.  I can’t remember if all three of his field goals were dunks, but he is DeAndre Jordan, so probably.

How come this spectacular-type sh!t never happens when I go to NBA games?  Man, I’d settle for one Griffin-style slam!  These folks in Chicago got straight up spoiled…