Tracy McGrady Gets Taunted By Chinese Player, Elbows Him

Posted on December 9, 2012 by Stephen Coston 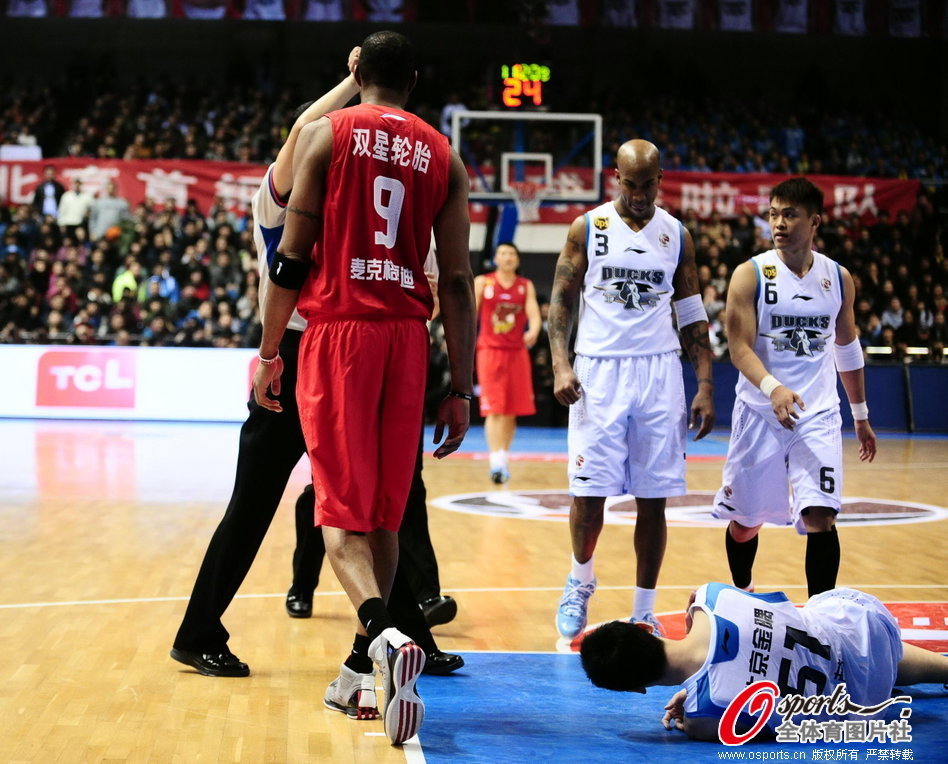 Tracy McGrady’s CBA experience has been a frustrating one.  Although he’s been productive on an individual basis, his Qingdao Eagles are dead last in the standings.  Yet to win a game in six tries, McGrady’s road only got bumpier this morning as Qingdao paid a visit to Beijing, where Stephon Marbury and the reigning-champion Ducks awaited.  The Eagles never stood a chance, losing 114-102 despite T-Mac’s game-high 37 points.  Beijing pulled ahead when they outscored Qingdao 29-14 in the second quarter, presumably the period during which McGrady sat (American starters usually sit the second quarter due to the minutes limit imposed on “import” players).

Fed up with all the losing, T-Mac wasn’t in the mood for shenanigans.  So when Beijing’s Ji Zhe broke out the Mutombo finger wag after connecting on a late three-pointer to put the Ducks up 22, T-Mac hit him with an elbow to the chest that knocked Zhe to the floor.

Based on what I’ve gathered from a translated Sina Sports article, McGrady was not ejected from the game for what Stephon Marbury called “a dirty play.”  Officials don’t go to replay on these sort of things in the CBA, and based on the video it’s unclear whether or not they even saw exactly what happened.

Pretty unwise of Ji Zhe to wag his finger directly in the face of a former NBA All-Star who has been experiencing as much adversity as McGrady.  While I don’t condone violence, those who blatantly taunt others should fully expect retaliation.  At least McGrady didn’t go upside his head a la Metta World Peace.

3 Responses to Tracy McGrady Gets Taunted By Chinese Player, Elbows Him