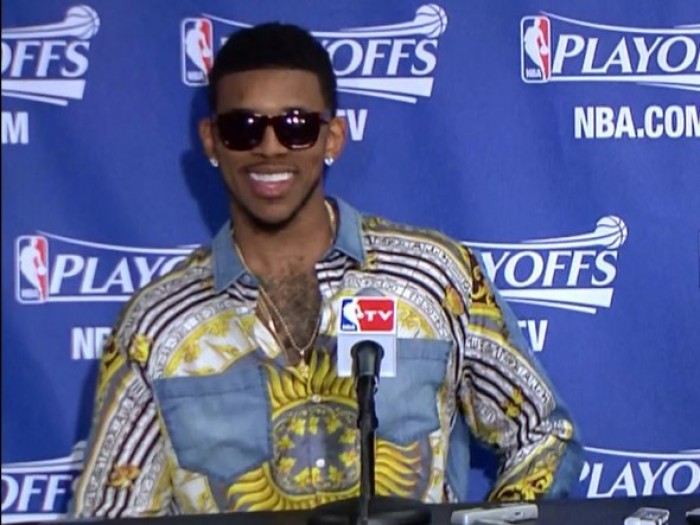 Doug Collins and Nick Young have two of the most prevailing reputations in all of basketball.  Collins has long been known as an oldschool, no-nonsense type of guy who takes a very serious, highly disciplined approach to his job.  He’s regarded by players as a hard ass; the Red Foreman of coaching, if you will.

Nick Young, on the other hand, will forever be remembered as a detrimental characteristic of the late ’00s Washington Wizards.  On the court, his shot selection is laughable.  Off the court, he’s a caricature of a hipster.  He can often be found posting photos of himself on Twitter, where he goes by the nickname “Swaggy P.”

Aside from their mutual interest in basketball, it would appear as though Doug Collins and Nick Young have nothing in common.  Despite the fact that they work together, I have a hard time picturing Doug Collins even talking to Nick Young, let alone referring to him by his Twitter handle.  Doug Collins seems like the type of guy who would bitterly carry on as if he’s never heard of Twitter, and if ever forced to use any variation of the word “swag,”  he’d purposely find a way to make it sound awkward and mispronounced.

Apparently, however, Doug Collins is much more hip to the current lingo that I’d have ever given him credit for being.  Observe the following excerpt from an article on CSNPhilly.com…

“I thought [Wright] was struggling a little bit and I wanted to give Swaggy (Nick Young) a chance. Swaggy came in and did well,” Collins explained before Sunday’s game. “It’s tough to play six perimeter guys and when Swaggy came in and played well, then I gave him the call in the second half.”

Swaggy.  Swaggy. Hell, I can hardly get it out without feeling like a fool.  And in the context of a serious basketball discussion?

I think I might need to see this on video before I can believe that it actually happened.

One Response to Doug Collins Refers To Nick Young As “Swaggy”