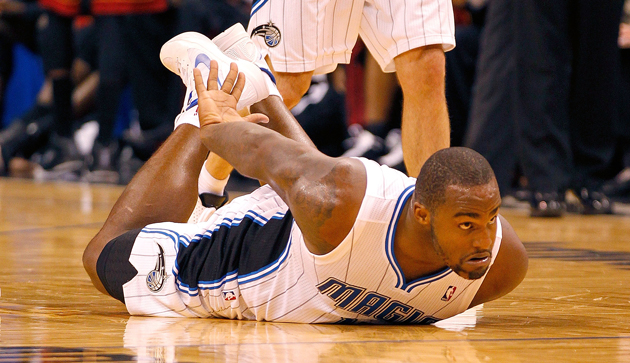 Twitter: According to Big Baby Davis, losing is comparable to being constipated, and winning is like taking a dump.  Interesting analogy, Glen.  I hope you’ve learned to deal with constipation, because you can only play the Pistons so many times a year.

NY Post: JR Smith doesn’t understand why Jerryd Bayless is mad at him, figures Bayless must have a little man’s complex.

Blazer’s Edge: Nicolas Batum and Damian Lillard played some outstanding basketball to lift the Blazers over the Rockets in an overtime thriller.  Read about it here.

The Basketball Jones: Jason Kidd tries and humorously fails to box out Tim Duncan.  I suppose Kidd and the Knicks did get the last laugh.

Late Lake Show: After years of whining, Kareem Abdul-Jabbar finally gets his statue.  It’s a shame Andrew Bynum is A) not really panning out, and B) no longer with the Lakers, because his hair would look pretty hilarious in bronze.

ESPN: Speaking of Andrew Bynum, the pimp has experienced a “setback” in his recovery from a bone bruise in his right knee.  Bynum is now dealing with “kind of a mirror thing going on with his left knee” and says he “can’t do anything” about the “weakened cartilage state.”  This certainly ought to help his cause in a contract year!

Yahoo!: Royce White is unwise to play the martyr in his dispute with the Houston Rockets, which could leave him unemployed sooner rather than later.  As of a few minutes ago, Royce was still chirping away via Twitter.  I’m a little bit shocked that nobody has stepped in and confiscated his computer; it’d be the best thing anyone could do for him.

Ball Don’t Lie: Not only did this guy score a courtside ticket for Thursday night’s Heat/Nuggets game in Denver, but he stood mere feet from LeBron James for approximately 10 seconds.  No need to be jealous, though, because you, from your couch, achieved as many daps as he did.

Instagram: Lots of famous people have clothing lines, but most don’t actually design the products themselves.  Clearly, Jordan Brand and Michael Jordan are an exception.