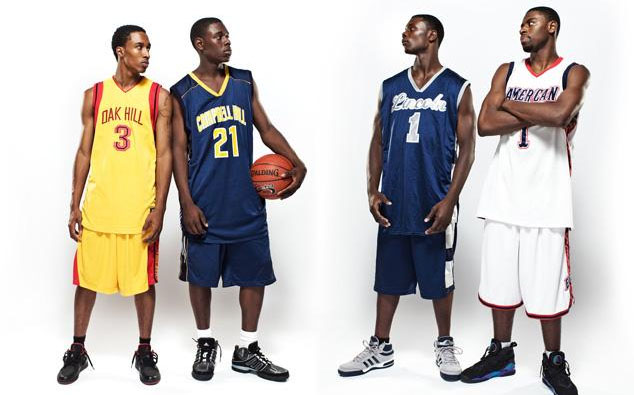 Monday, November 12th: Bucks @ Sixers, 7:00 ET, NBALP: Jrue Holiday recently signed the four-year, $41 million extension that the Bucks elected not to offer Brandon Jennings.  Motivation? I expect Jennings’ intensity to rival that of Kevin Garnett.  The young man feels he has a point to prove this season, and I’m sure this is one of the games he’d circled on the calendar.  I suggest you do the same (well, actually, the game starts in 30 minutes… so probably just turn your TV on).

Tuesday, November 13th: Spurs @ Lakers, 10:30 ET, NBATV: A coach’s debut may not be as exciting as that of a marquee player, but hey, it’s as good a reason as any to watch what ought to be a pretty good battle on a random Tuesday in November.  I plan to keep track of the number of times the camera pans to D’Antoni on the sideline, which will probably be a lot.  Hopefully they actually show some of the game.

Wednesday, November 14th: Grizzlies @ Thunder, 8:00 ET, ESPN: You can’t go wrong with Clippers/Heat at 10:30, but the Grizzlies and Thunder have established one of the more interesting rivalries in the current NBA.  To illustrate just how competitive they’ve become, the last time one team beat the other by more than nine points in a regular season game was on January 28th, 2009.  In that game, Darius Miles scored 7 points for Memphis and Chucky Atkins had 10 for OKC.  Also, keep in mind that these two teams play three to four times per season.

Thursday, November 15th: Heat @ Nuggets, 10:30 ET, TNT: This is one of those games that will be awesome no matter what the score is.  If it’s a blowout, it’ll be a fun one.  If it’s close, it’s close.  As far as the likelihood of you being entertained, this is as close to a sure thing as you’ll find in non-playoff sporting events.

Sunday, November 18th: Rockets @ Lakers, 9:30 ET, NBALP: Those who watch on League Pass will be forced to put up with the homeristic stylings of Bill Worrell and Clyde Drexler, but don’t let that deter you from finishing the week in traditional fashion.  As I stated the last time around, the LA Lakers are the only way to go on a Sunday night.