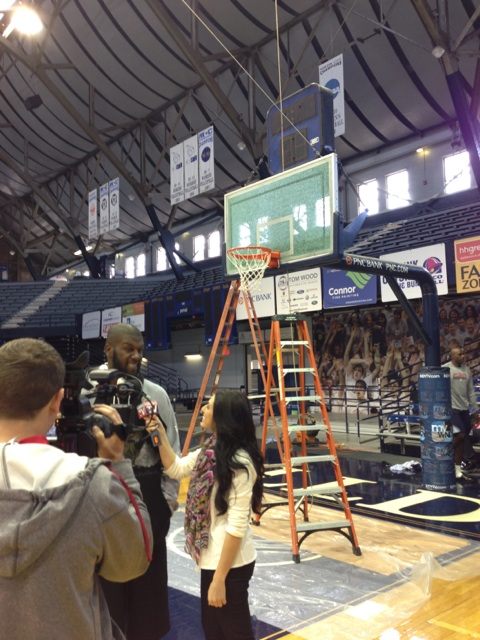 It appears that the backboards at whatever collegiate facility the Hawks practiced at this morning were not ready to handle the punishment that Ivan Johnson was set to dish out.  This fact is evidenced by the photo above, in which you can see a scowling Johnson discussing the glass he shattered with a reporter (or maybe he’s showing her the diamonds in his teeth, I don’t know).  According to Al Horford, who tweeted the photo, “[practice] was a wrap after that.”

“That” being Johnson’s seismic slam dunk, of course.  I will now wait impatiently for a video, and I’ll be sure to hit you with an update if one becomes available.  In today’s world, it seems hard to believe that an NBA player could shatter a backboard without someone’s camera phone having been out.

It’s also a little bit frightening to consider what Ivan Johnson did to this backboard.  Just imagine what he could do to your face.

UPDATE: Still no video, but here’s another photo courtesy of the Hawks’ Mike Scott… 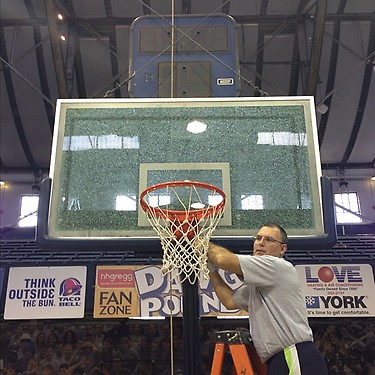 UPDATE #2: Johnson’s brief discussion with the reporter pictured above…