On Account Of OKC’s Advancement, NBA247365.COM Will Be Closed Today 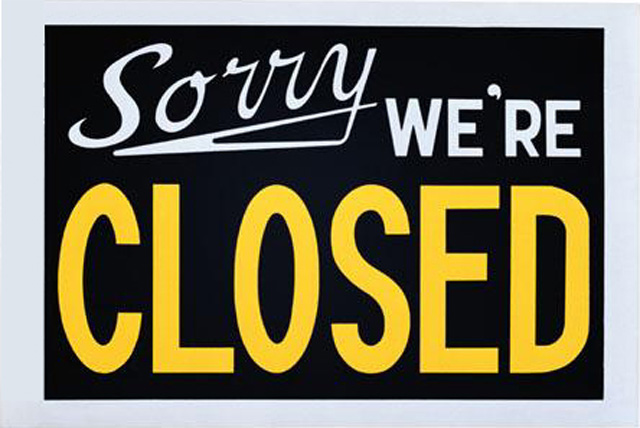 Despite the fact that I can call it nothing more than a hobby, I take this NBA blogging thing pretty seriously.  That’s not to say I don’t have fun with it, because I do.  It’s not to say I don’t take a lighthearted approach to observing the game, either.  What I am saying is that even when my team doesn’t win, or my player has a bad game, I try to report the facts.  I make a conscious effort to maintain a certain level of objectivity, and I do my best to write logically.  I pride myself in being an unbiased observer capable of viewing all 30 teams and their players in the same light.

That being said, I’m a fan first.  I love NBA basketball, and I can’t help but choose favorites.  On Wednesday night, my least-favorite player in the history of basketball nailed a pair of clutch buckets to help secure the Thunder, a team I’m not exactly fond of, their first Finals berth.  Although three straight San Antonio losses had caused me to feel that this turn of events was inevitable, I wasn’t ready.  I simply wasn’t ready.

Stephen Jackson, one of my favorite players ever to lace ‘em up, had come out of the gate cooking.  He nailed four of four threes in the first half alone as he helped the Spurs build up a substantial first-half lead.  All along I knew this explosive Thunder team was not about to go down quietly, yet a beautiful piece dedicated to the heroics of Captain Jack had already begun to write itself in my head.  I’d come across a perfect picture to serve as the headline image, and I think I’d come up with a fantastic opening line, too.  Said line has since been replaced by discouragement.

So, I’m a fan first.  As a fan, this game left me feeling mighty disappointed… and certainly not in a proper mood to write something about it.  Truly, it’s one chapter in an amazing story.  A young franchise led by a young superstar making its first Finals appearance.  It’s the minor details—Fisher’s jump shots, Perkins’ exclamation point, Westbrook’s lens-less glasses—that sour it for me.

Once upon a time, Derek Fisher played hero in the slaying of my favorite team of all-time, the 2007 Golden State Warriors.  Every damn time he buries a shot I see him doing so against those Warriors in his white and blue Utah Jazz jersey.  As I watch Perkins dunk the ball I hear the excuses of Celtics fans.  “We’d have 18 banners had Perk not gone down in 2010,” they say.  As far as I’m concerned, Perkins blows and should probably be amnestied come season’s end.  On this night, though, he is a Western Conference Champion, and the slam dunk artist whose brush drew the final stroke on the painting that was this series.  Say whatever it is you will about my preferences, but I don’t like this f@cking painting.  I’m tired of talking about it… I wanted to talk about Stephen Jackson… so I’m shutting it down for the day.

It is what it is.  I’ll process the whole thing, be done with it, and board sh!t up for another few days if they take the Larry O’Brien trophy.