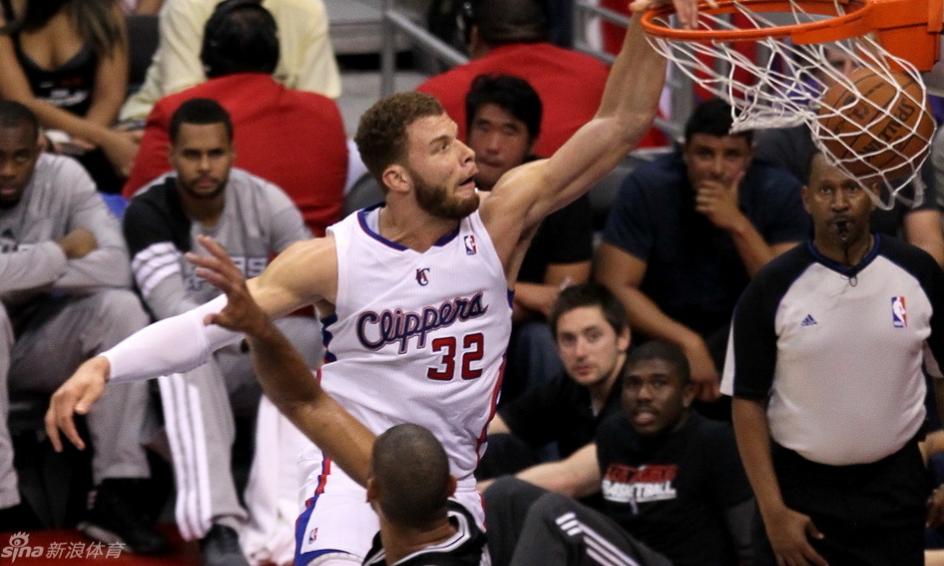 Blake Griffin may have been swept out of the semifinals, but hey, at least he got there!  As a second (or third, depending on how you choose to look at it)-year Clipper, that’s actually one hell of an accomplishment.  On a lighter note, back-to-back POTDs over the same defender… that’s quite an accomplishment too.  As a matter of fact, I’m not sure it’s ever been done before.  Way to go out with a bang, Blake!

Sometimes I feel that Griffin is treated more critically than other young players.  Maybe it’s because this was supposed to be his third season, or because he was so impressive as a rookie and showed little development ’11/12.  I think he’s going to continue to improve, though.  He’s got a strong work ethic and a lot of natural ability (dur).  I must admit that even I’m not as high on him as I was when he was a rookie, but I still have great expectations for the rest of his career.  If nothing else, I’m sure he’ll end up owning the all-time record for POTDs.