The Lakers Beat The Thunder, But You Didn’t See It Because You Got Bored And Fell Asleep 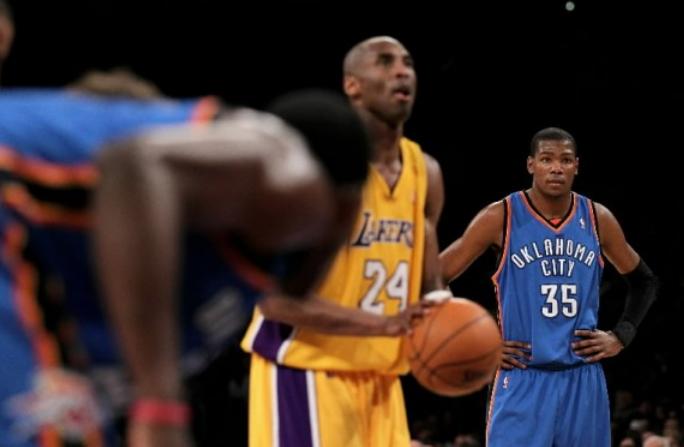 Lakers 99, Thunder 96: Could you get into this game?  If so, you’re a tougher soldier than I.  Mentally, I tuned out after James Harden was called for three fouls he didn’t commit in a span of 90 seconds.  I’m not crying conspiracy, but whatever it was that led to a total of 52 fouls and 70 free-throw attempts (42 of which were shot by the home team, who made an incredible 41 of ‘em)… it made the game borderline unwatchable.  Was Joey Crawford’s involvement coincidental?  I haven’t a clue, but I’ll repeat the same sh!t I’m always saying about him: when Joey Crawford involved, the officiating is always talked about. That’s why, in my humble opinion, he shouldn’t be involved.

In an attempt to get beyond the overzealous referees and break down a game that was likely interrupted by your slumber, let’s take a look at some non-free-throw numbers.  The first one that jumps out at me sits in Ramon Sessions’ FG column: 5-9.  Coming into game three, Sessions had made just two baskets in the entire series.  Last night, he scored 6 of his 12 points in the first quarter as he was able to navigate his way to the rim, helping the Lakers get off to a great start.  Not only did Sessions play well, but Steve Blake bounced back from death threats to keep the PG production cranking after Sessions took a seat.  In addition to his surprising total of 8 rebounds (one of which was particularly important, as you’ll see in a moment) Blake made 4 of 5 shots as he scored 12 points of his own.  He knocked down a couple big buckets in the middle of the third quarter to tie the game after the Lakers had trailed by five.

As for the Thunder, they were once again able to limit their turnovers, committing just nine.  This allowed them to match their game-one total of 83 shot attempts, and they needed each and every one of ‘em considering the mere 39.8% that they hit.

Finally, if you’re anything like me, you probably took a look at the offensive rebounding numbers (vital to Laker success).  You’ll notice that OKC actually out-boarded the Lakers 13-12, but…

…yeah.  As they so often do, the Lakers were able to secure themselves extra opportunities in a critical situation by preventing that one key rebound the opposition needed.

I do have to touch on the refereeing one more time.  Following those Kobe free throws (his 15th and 16th of 18), this happened.  First of all, fantastic f@cking crossover.  Second of all, that should’ve been a foul on Ron Artest.  They’d been calling little bumps and nudges all night long, and they should’ve called that one too.  Consistency is key, and last night’s contest ended up lacking it.

Here I am at the final buzzer and I feel that this recap severely lacks detail.  What more can I say, though?  It was a three-hour foul-shooting contest (for a recap that makes it out to be something more, click here).  It really did last three hours, too.  I took a glance at my clock in the final minute of the fourth and it was 1:28 in the goddamned morning.

No one saw your fourth-quarter performance, Joey.  The entire East Coast fell asleep.  Tell Stern to start the game at 8:30 next time you feel like dominating.