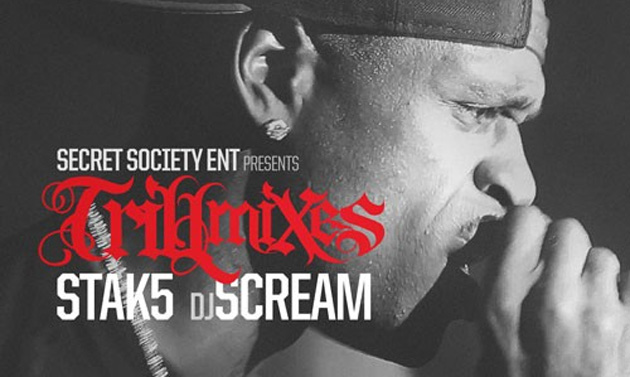 Live Mixtapes: Stephen Jackson has not only dropped a new music video, but also an entirely new tape called “Trill Mixes.” Yes, this is the same Stephen Jackson who only gets along with Gregg Popovich and Tim Duncan.  I hear Tony Parker asked for a verse on the tape, but Stack told him he ain’t trill enough.

NBA.COM: DeMarcus “The Pot” Cousins has been fined 25 Gs for calling Blake “The Kettle” Griffin an actor.  Blake may be an actor, but at least he isn’t a hypocritical one.  I think Blake’s flopping is overstated anyway.  He gets fouled a lot, and probably harder than anyone else in the league.  I will say that he complains too much, but Cousins knew better than to go there.  Nobody whines like DeMarcus Cousins.

ESPN: For the first time in a long time, it was Miller time in Denver last night.  I’m a huge Andre Miller fan, but since the early part of the season his play has dropped way off.  I’ll be watching the Nuggets and think man, that’s just a bad play by Andre… which is odd, because he’s such a heady player.  Hopefully his strong performance in this meaningful win gets him back on the right track.

Youtube: Doctor Joel Anthony “transfuses life” into the Miami Heat.  Not surprisingly, the procedure failed and the Heat died.

Hardwood Paroxysm: “This is a tough season and he can look back on this and [say], ‘Hey man, I remember that time my first year that we won seven games.”  That’s Corey Maggette talking.  Apparently he doesn’t plan on the Bobcats winning any of their remaining 13 games.

LA Times: Andrew Bynum will be a better professional the day Ron Artest no longer relates to him.  While you wait, Laker fans, enjoy Metta’s quotes about “rich people” like Stephen Curry and Blake Griffin’s alleged suburban upbringing.

SB Nation: Eduardo Najera suffered a fractured skull last night.  Apparently there was a dent in his forehead after taking an inadvertent elbow from Jon Brockman.  As scary as it sounds, he’s said to be perfectly fine.  Good thing Eddy is a real tough dude.  I was squirming just reading the report.

Youtube: The Dallas Mavericks are now 1-1 in games where Brandan Wright goes 6-7 for 13 points.  Unfortunately, they’re 0-1 in games where he posterizes Luke Babbitt and switches hands before alley-oop dunking the basketball.  When I say “unfortunately” I mean for both the Mavs and the Blazers.  LaMarcus needs to take some tanking lessons from his buddy Raymond Felton.

Basketball Reference: I was watching the Thunder lose last night (HA!) and I was thinking… I haven’t seen anyone block shots quite like swaggerless Serge Ibaka since Birdman Andersen in ’08/09.  While Ibaka is averaging a whole block more this season (3.5)  than Andersen did back then (2.5), their swats are almost exactly the same if you compare the numbers per 36 minutes (4.6 to 4.3).  Like Andersen did, Ibaka has displayed incredible timing and an ability to change the game by blocking shots without biting on every single pump fake.  Also, Ibaka has been remarkably consistent.  I remember feeling like Andersen was stuffing multiple shots every night, but not as often as Ibaka.  Andersen had 47 multi-block performances in 71 games while Serge has recorded the same amount in just 55 contests.  I saw more of Andersen than I’ve seen of Ibaka, so these comparisons help me to put his ridiculous season of swatting into perspective.  That being said, he still has no swag.