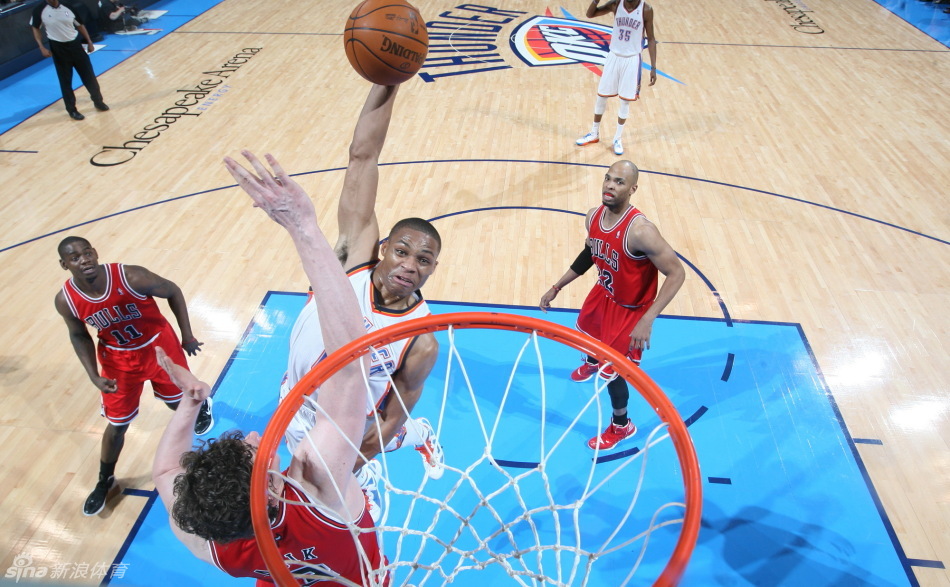 Ronny Brewer was terrified.  Taj Gibson knew it wasn’t going to end well.  Kevin Durant was already pumping his fist.  Russell Westbrook was only about halfway through his flight to the rim, but it was clear from the jump that poor Omer Asik didn’t have a prayer.  Westbrook is just so explosive… it’s crazy.  If you watch the video closely you’ll find that he and Asik actually load to go up simultaneously.  However, Westbrook is already in near-full flight by the time Asik’s tiptoes finally leave the floor.  I suppose that quickness is the difference between a launch and a takeoff, demonstrated here by the NBA’s equivalents to a rocket and a twin-piston aircraft…

As you attempt to comprehend the specific degree of nastiness that Russell’s dunk exhibits, consider this: it’s a top-ten play if it goes completely uncontested.  As Hubie Brown pointed out, there was a seven-foot Turkish guy in his way.  [Hubie voice]Oh boy[/Hubie voice].

Note: we have a late addition to the poster list.  Jason Maxiell caught BJ Mullens on Saturday, but I wasn’t aware of the dunk until a few hours ago.  So, Jason Maxiell on BJ Mullens, seven faces.

Throwback Poster of the Day: Ronald Dupree, who played at LSU with Stromile Swift and most recently appeared in three games for the Raptors in 2010/11, on someone who may or may not be Fransisco Elson (I can’t really tell, but that’s my best guess)…