I Forgot How To Think. Here Are Some Links. 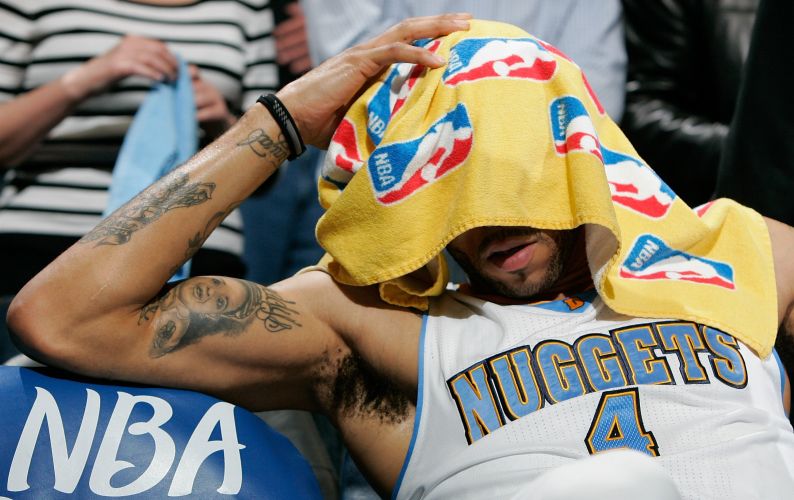 I watched a lot of interesting NBA basketball yesterday.  I tried like hell to construct a “Starting Lineup” this morning, as I do almost every morning.  Instead, I ended up wearing out the backspace button by repeatedly pounding on it for about five hours.  So, here are some links.  Hopefully they meet your expectations, and hopefully I remember how to think sometime soon.

Pro Basketball Talk: If Marcin Gortat ever gets 20 rebounds, expect him to run point and fire some long-range jumpers.  I’m not sure I’ve ever wanted to see anyone get 20 rebounds so badly.

Hoops Grind: Observations from yesterday’s games.  Essentially the same thing that I do every day… except they actually got the job done.

Roundball Mining Company: Ty Lawson earns an A+ for outplaying the outstanding Tony Parker in a big Nugget victory over the Spurs.  San Antonio had lost just two home games all season prior to last night.

The Basketball Jones: I didn’t have time to watch today’s episode, but “The Fix” tends to be highly entertaining.  So entertaining, in fact, that not even LeBron James’ face and a headline reading To Pass, Or Not To Pass could deter from linking.

Stuff I couldn’t find a good link about: Paul Pierce’s clutch performance/game-high 34 points being better than Rajon Rondo’s triple-double, Chris Paul annoying the sh!t out of me by making Blake Griffin and the Clippers less fun to watch than they were last season, Andre Iguodala’s foreseeable airball, and Ron Artest’s claim that the Lakers have a “big four,” which includes him.