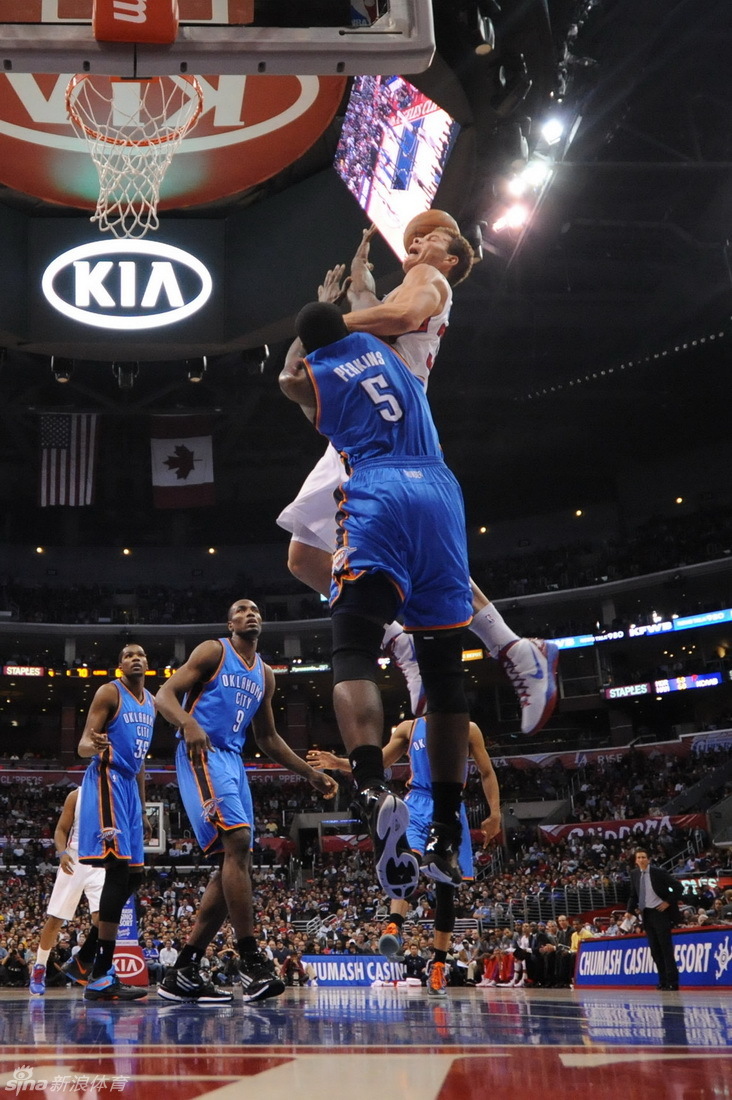 Him: Possibly because no one ever found a 5’10 guy standing between him and the rim while one-hand alley-ooping a bball?

Me: Vince’s knees didn’t clear the 7′ guy. I still think that dunk by Vince is the best ever, but it shouldn’t be compared to LeBron’s dunk… they aren’t the same at all. The closest thing I have ever seen to LeBron’s dunk is Ricky Davis on Steve Nash where Ricky’s knee hits Nash in the face. He almost cleared Nash the same way LeBron cleared Lucas, but not quite.

Vince Carter gave himself a boost with his arm, spread his legs like the Air Jordan logo, and put his junk in a 7′ guy’s face.

LeBron jumped, gave himself no boost, and lifted his knees all the way over a 6′ guy while alley-ooping a basketball.

I still think VC’s dunk is the best I’ve ever seen, but it shouldn’t be the standard for what LeBron did. LeBron’s dunk is an entirely new thing that no one has ever seen before. Kirk Snyder cleared Von Wafer VC style, guys have done it in College, Shawn Marion did it on a putback… but, to my knowledge, no one in the history of the game has elevated so high that he bent his knees, completely cleared a grown man with his entire legs as if he was a hurdle, and one-handed an alley-oop.

To me, this is what makes LeBron’s dunk better than Griffin’s. Griffin has already done what he did last night HIMSELF. Other people have done something similar plenty of times… big, one-handed power dunk over an opposing 6’10 dude… it was absolutely incredible, don’t get me wrong, but it happens. What LeBron did NEVER happens. I looked at that like :WTF: for a solid 15 minutes.

Without looking at old videos and thinking long and hard about it… I feel confident saying LeBron’s alley-oop is arguably a top 10 dunk all-time… but I’m not sure if I agree with Griffin’s being that good. The way he kept rising, and rising, and rising, and then cocked it back and whipped it is pretty unique and spectacular, but I just don’t think it’s better than hurdling a man and alley-ooping the ball. I think part of the problem with how people are viewing LeBron’s dunk is that he made it look so easy… I don’t know if it was the camera angles, the lack of give a sh!t from dumb@ss Mike Breen, or what… but just the overall ease with which he appeared to execute the dunk. It seems to take away from it, but when you really sit there and stare at, think about it… it it is far more mind-boggling than what Griffin did.

This puts Griffin in the lead with three POTDs on the season.  Unfortunately, he probably won’t get any more all season long.  Everybody and their mother has seen this dunk, and I don’t think there are any big man out there trying to be in part three.

Throwback Poster of the Day: I was hoping to come up with an old dunk that really fits here, but my brain was fried after typing that response you just read.  I just chose something random/not very old…

One Response to POTD 1/30/12: Mozgov: The Sequel, Featuring Kendrick Perkins