JR Smith Got Himself Ejected From A CBA Game This Morning 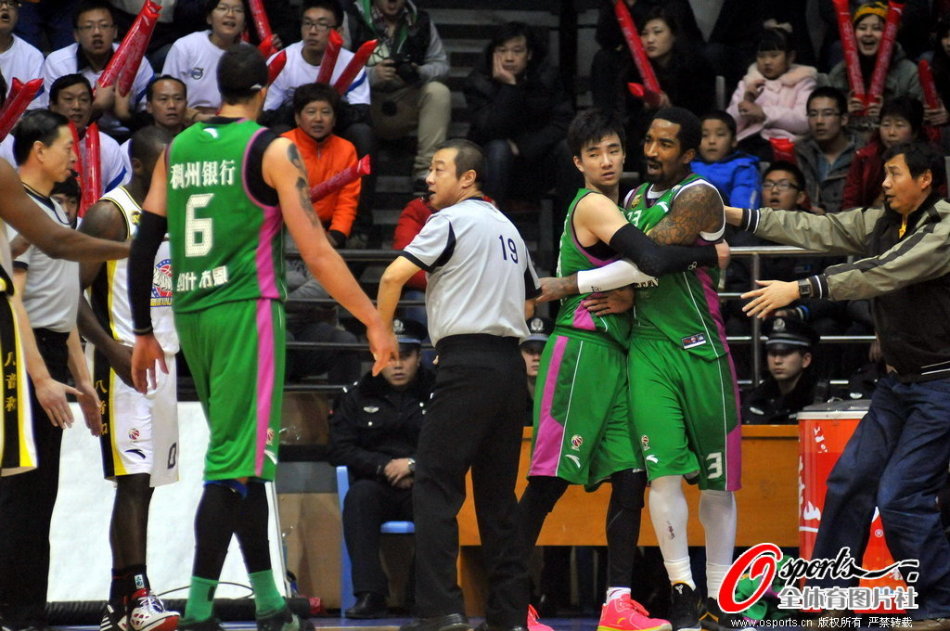 While most of the CBA was on vacation JR Smith and his Zhejiang teammates were forced to play a make-up game against the Xinjiang Flying Tigers.  The game was supposed to be played back in the early part of the season, but it was postponed due to weather concerns.  I’d say JR wasn’t too happy about playing during the break (which ends on the 29th), or maybe he simply woke up on the wrong side of the bed; with JR, who the hell knows.  Watch as he swings his arm and whacks one of Xinjiang’s Chinese players, gets into a little skirmish with former NBA draftee Tim Pickett, and finally chucks the ball in the direction of an official after being called for an offensive foul on his signature step-back move…

I suppose it was nothing too serious–it’s not like the punched someone in the face or hit an official with the ball–but he probably should’ve refrained from the extra curriculars so he could’ve been in there to close out a 97-95 game.  JR had already racked up a game-high 41 points by the time he was tossed with five minutes to go, and Zhejiang really could have used the league’s leading scorer… they ended up scoring just nine more points and went on to lose 104-112.

Zhejiang was in 8th place before the game, but they drop to 9th with this loss.  Shanxi also had a game postponed earlier in the year and they beat Bayi today, putting them ahead of Zhejiang in the standings.  Surprisingly, with just eight rounds to go, JR’s Golden Bulls are in danger of missing the playoffs.  They only need to climb one spot and have a very easy schedule coming up, but Marcus Williams (SF) and Shanxi have been playing pretty well lately, as have most of the other teams that currently lead Zhejiang.

I wish I had known that the make-up games would be played today.  It appears that I missed one of the chippier games of the season.