Posted on December 7, 2011 by Stephen Coston 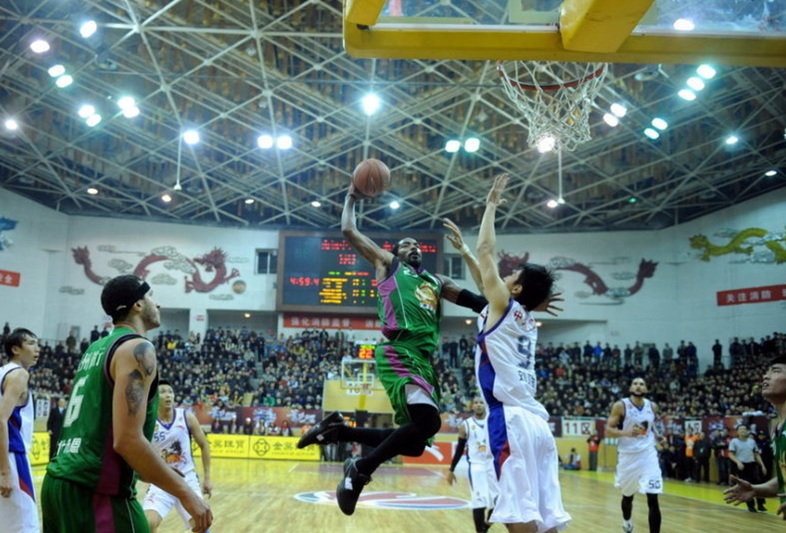 Zhejiang 104, Jiangsu 99: I only caught the second half, but that sample alone makes this my favorite CBA game of the year thus far.  This game was wild down the stretch… I’m talking JR Smith repeatedly dunking on people in crunch time and Dan Gadzuric getting fouled a on three-pointer with 13 seconds to go.  See for yourself…

Jiangsu trailed by five by the time Gadzuric was fouled on the three, and it ended up being too little too late.  Still, the bonehead play momentarilly appeared to give life to a Jiangsu team that should’ve already been put away for sure.  JR’s 46 points were easily the game’s high, but Marcus Williams was quite effective in his own right with 26.  He was heating up a bit in the third quarter while Smith was slumping, helping Jiangsu to close the gap and briefly take a lead.  It was Marcus vs JR down the stretch, and it was a lot of fun to watch.  When JR wasn’t scoring he was setting up Josh Boone for a dunk (4 assists), and Marcus Williams also distributed the ball well (7 assists).  As he did in his 52-point game, JR made it a double-double with 10 boards.  He’s obviously stepped his game up to a god-like level in the past two games, and Zhejiang is rolling.  This is their 5th win in a row.

Xinjiang 91, Qindago 81: This Xinjiang home game featured the loudest CBA crowd I’ve ever witnessed.  I actually could not wear my headphones directly over my ears while I watched this game.  The fans calmed down a bit towards the end, probably due to the fact that the outcome was never really in question, but they were still pretty hype even in the game’s later stages.  Once again, we didn’t see much of Kenyon Martin today.  He played just 16 minutes and spent much of the second half riding the stationary bike.  I think he must be suffering from some sort of nagging injury, but I’ve got no confirmation on that.  Anyway, Patty Mills led the way with 23.  Lester Hudson did his best to keep Qindago in the game (I’m going to give him the benefit of the doubt and assume this was his primary goal as he shot 35 times) by taking over 47 percent of their shots.  He did finish with more points than shot attempts today; 41-35.

Guangdong 95, Shanghai 76: The Sharks dropped another one by a wide margin as Mike Harris had his second consecutive un-Mike-Harris-like game; he was only able to muster 9 points and 8 boards today.  Neither Aaron Brooks nor James Singleton played 30 minutes, but Brooks was the game’s leading scorer with 23 and Singleton was the leading rebounder with 15.  A more detailed recap of this game (and all other Shanghai Sharks games) can be found at SharkFinHoops.com.

Beijing 112, Bayi 75: Beijing had no trouble staying undefeated (8-0) today; they were up 18 points in the second quarter and hadn’t even gotten a point out of Stephon Marbury yet.  As a team they shot 53 percent from the field, came up with 18 steals, and out-assisted the Rockets by 13.  Steph hardly played and finished with 6 points.  Randolph Morris posted 16/8.

Shanxi 112, Tianjin 90: Charles Gaines beasted all over David Harrison and company to the tune of 33 points and 11 boards (both team highs), and Marcus Williams pitched in 29 as Shanxi improved to 3-3.  Tianjin is sinking like a rock… they’re now 2-6 with 5 Ls in a row.

Dongguan 117, Foshan 104: Shavlik Randolph and Josh Akognon combined for 50 points as Dongguan won their 4th in a row.  This streak may have less to do with Dongguan than it does with their opponents of late; they’ve beaten four of the worst teams in the league after starting 0-4.  I guess it does indicate that they’re probably a step above the teams that sit at the bottom of the barrel.  Marcus Hailslip had 16 in his second game with Foshan.  He got off to a quick start but didn’t do much later on.

Fujian 112, Shandong 105: Shandong loses again (5th straight after winning their first three) despite Alan Anderson’s relatively efficient (13-28, 6 assists), game-high 39 points.  They were absolutely pounded on the glass… Othello Hunter only finished with 6 boards in 24 minutes–a surprisingly low total for him considering his league-leading 16.6 RPG average coming into this game.  Anthony Roberson led Fujian with 29.  Will McDonald scored 28, Zaid Abbas had 26, and Gong Songlin had 16.  Nice balanced attack… rather unusual for a CBA game.