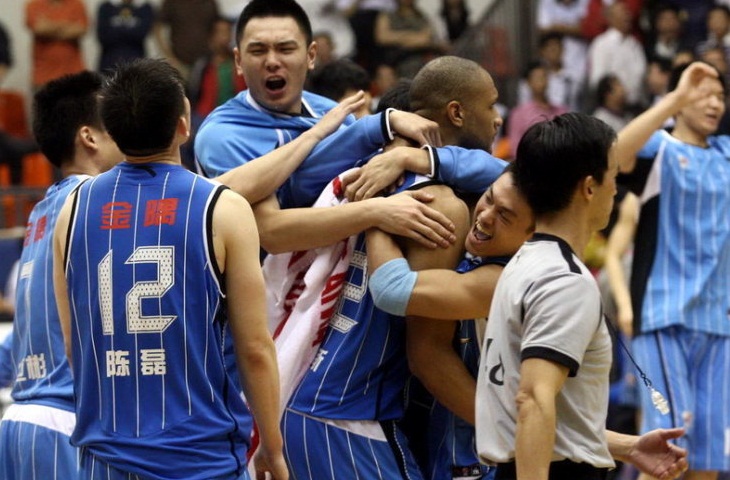 First of all, thanks to Niubball.com for clarifying my issue regarding the shooting stats in the box scores.  The CBA uses an NBA-style box score with total makes/misses and three-point makes/misses.  Secondly, two games were postponed today, including what I imagine was the most highly anticipated match up of the season thus far.  Zhejiang (JR Smith’s team) was scheduled to face off with Xinjiang (Kenyon Martin’s team), but heavy fog apparently prevented one of the teams from flying and the game from being played today.  Shanxi vs Bayi is the other game that was put off until a later date.  When the two games will be played I’m not sure yet.

Beijing 101, Dongguan 100: After I got over the disappointment of not being able to watch JR Smith and Kenyon Martin, I really enjoyed this OT thriller.  Dongguan hasn’t won a game yet this season, but they got awfully damn close against a Beijing team that just knocked off Guangdong by double digits.  Shavlik Randolph hasn’t played very well this season, but he finished up this game with a solid 22 points and 20 boards.  I say he was “solid” rather than exceptional due to the fact that he shot 8-24.  Dongguan isn’t in this game without him despite his poor shooting, though.  He knocked down a three to tie the game at 24 as the first quarter buzzer sounded and scored other important baskets throughout the contest.

The game was essentially tied up right through the middle of the third… the lead just kept shifting back and forth, and only by a couple of points at the most.  About midway through the third quarter Stephon Marbury converted on a couple of driving layups, and Randolph Morris put in some work in the paint as Beijing made a little bit of a run, but they never got the lead to double figures.  Dongguan went on an 8-0 run at the close of the quarter and snatched the lead right back.  Josh Akognon made a huge play at the three-minute mark of the fourth when he ripped Marbury and took the ball all the way to the other end for a layup.  Marbury attempted to answer but missed a layup of his own, resulting in another transition bucket for Dongguan, making the score 89-81.  Beijing made a run and trailed by just two with 13 seconds to go, though.  They put the ball in the hands of Marbury, who drove to the basket.  He missed, but Randolph Morris ripped the ball from a pair of Dongguan players and dropped it in the bucket to knot it up at 90.

Shavlik Randolph had a chance to make a huge three-point play with a minute to go in OT after being fouled on a powerful bucket in the paint.  He missed the freethrow, though, and a Beijing player was fouled in the ensuing scramble for the ball.  He made 1 of 2 to make it 99-98, Beijing.  The lead would shift right back to Dongguan, though, as Stephon Marbury committed a dumb away from the ball foul.  Josh Akognon knocked down a pair… 100-99.  There are just seconds remaining at this point, and the ball is in Marbury’s hands once again.  He misses, and Randolph Morris rims out a putback dunk attempt.  Still down one, they foul, and it looks like they’re about to lose… until the first Asian dude I’ve ever seen rock a mullet steps to the line and chokes hard.  He clunked both freethrows, Randolph Morris grabbed the board, took the ball coast to coast, got tripped, and swished a pair.  Game Over; 101-100, Beijing.

Randolph Morris was the game’s leading scorer and rebounder with 26 points and 21 boards… absolutely MONSTER effort from him.  He did much of his work at the freethrow line, where he went 16-18.  Stephon Marbury had good and bad moments as he scored 24 on 25 shots.  Josh Akognon, who’s shot selection should be described as very questionable at best, led Dongguan with 25 on 10-19.  He threw in some crazy three-balls today.  Anyway, close call for Beijing, but they narrowly avoided playing victim in an upset and remain undefeated.

Jiangsu 90, Fujian 89: Looks like this one was probably a good one too.  Mardy Collins led Jiangsu in… pretty much everything!  He dropped 26 points, grabbed 11 boards, and dished 8 assists.  He also recorded 6 “snatches breaks,” which I believe are steals, but don’t quote me on it.  He put up one hell of a line no matter what it means.  Dan Gadzuric also played pretty well for Jiangsu with 16 points and 7 boards on 6-10.  Fujian’s Anthony Roberson was coming off of a 40+ scoring performance, but he was pretty awful in this one… 5-17 for 11 points.  Will McDonald led Fujian with 22 points and 18 boards.

Guangsha 106, Foshan 99: Wilson Chandler has probably been the CBA’s MVP thus far, but he was mysteriously out-scored 20-0 by Gerald Green in the first half.  I thought he must be tanking in hopes of being sent back to America… but then he dropped 22 in the second half and led Guangsha to a come-from-behind victory.  Gerald Green lost his rhythm and scored just 9 in the second half.  Foshan lost the fourth quarter 24 to 10.  Guangsha’s Dwayne Jones had 13 points and 14 boards.

Guangdong 125, Tianjin 1o5: It didn’t take Guangdong very long to get right back to their winning ways, even without Yi.  They dropped 36 in the opening quarter and beat the piss out of Tianjin.  James Singleton was nice with 21/15, and Aaron Brooks improved on his debut with 14 points and 7 (my bad: I originally reported 8, but it was 7) dimes on 6-8.  “No Matter What The Steed Flies” had 6 points.  Sometimes I litterally burst out laughing when I read these damn translations. 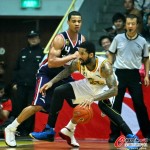 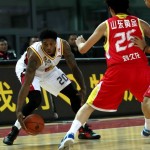 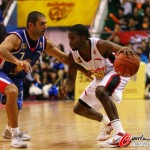 All photos from Sina Sports
This entry was posted in Uncategorized. Bookmark the permalink.