After 149 Days, The NBA Lockout Is Over! 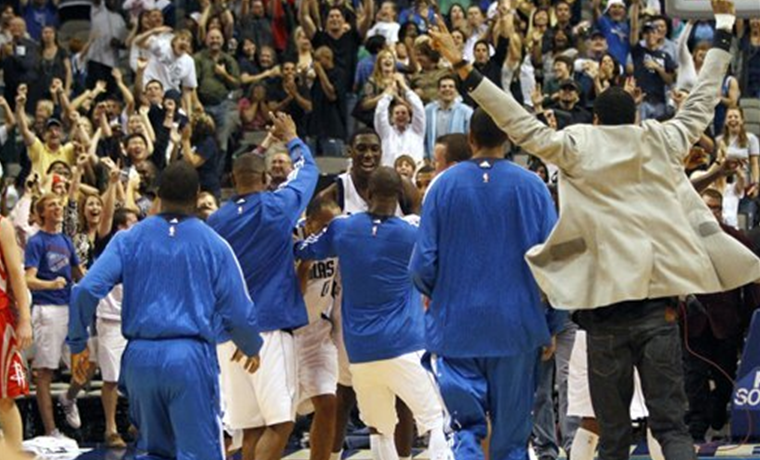 I fell asleep on the couch with the TV on last night just after 2 o’clock AM.  I always sleep on the couch, so that was normal.  I can never fall asleep with the TV on, though.  Despite the fact that I rose at 6:20 AM to watch Chinese basketball games, I was trying to make it until the NBA’s latest attempts to bring professional basketball back to this continent came to a close.  That hardly means I was optimistic, though… I man, why would I have been?  It seemed that we’ve been through this 100 times.  “A source” or two or three gives us reason to hope.  Reports are made the it’s gonna wrap up soon… then it all falls apart and Kevin Garnett’s yelling at people or some sh!t.

The second-to-last thing I tweeted (@NBA247OFFICIAL, follow!) last night before passing out read as follows:

Well, guess what?!  As the title would indicate, FINALLY, it wasn’t just a case of the same ol’ sh!t!  This is pretty weird, but I woke up from a deep sleep at about 5:30 this morning to hear the words “we’re excited to bring NBA basketball back” coming from the speakers of the my television.  I don’t normally buy in to this kind of nonsense, but the Basketball Gods had to have been responsible for such epic timing.  Details (not that you care) via the AP…

After a secret meeting earlier this week, the sides met for more than 15 hours Friday, working to try to save the season. This handshake deal, however, still must be ratified by both owners and players.

“We’ve reached a tentative understanding that is subject to a variety of approvals and very complex machinations, but we’re optimistic that will all come to pass and that the NBA season will begin Dec. 25,” Commissioner David Stern said.

The league plans a 66-game season and aims to open camps Dec. 9.

“We thought it was in both of our best interests to try to reach a resolution and save the game,” union executive director Billy Hunter said.

The Christmas Day deadline created a sense of urgency because that schedule is traditionally a showcase for the league. This season’s three-game slate was to include Miami at Dallas in an NBA finals rematch, plus MVP Derrick Rose leading Chicago into Los Angeles to face Kobe Bryant and the Lakers.

A majority on each side is needed to approve the agreement. The NBA needs votes from 15 of 29 owners. (The league owns the New Orleans Hornets.) Stern said the labor committee plans to discuss the agreement later Saturday and expects them to endorse it and recommend to the full board.

The union needs a simple majority of its 430-plus members. That process is a bit more complicated after the players dissolved the union Nov. 14. Now, they must drop their antitrust lawsuit in Minnesota and reform the union before voting on the deal.

Because the union disbanded, a new collective bargaining agreement can only be completed once the union has reformed. Drug testing and other issues still must be negotiated between the league and the players.

The settlement first was reported by CBSSports.com.

When last talks broke down, the sides were still divided over the division of revenues and certain changes sought by owners to curb spending by big-market teams that players felt would limit or restrict their options in free agency.

On Nov. 14, players rejected the owners’ proposal, which included opening a 72-game schedule on Dec. 15, announcing instead they were disbanding the union, giving them a chance to win several billion dollars in triple damages in an antitrust lawsuit.

Two days later, players filed two separate antitrust lawsuits against the league in two different states. On Monday, a group of named plaintiffs including Carmelo Anthony, Steve Nash and Kevin Durant filed an amended federal lawsuit against the league in Minnesota, hoping the courts there will be as favorable to them as they have been to NFL players in the past.

Now, players will dismiss that lawsuit and get back to the business of basketball.

The previous CBA expired at the end of the day June 30. Despite a series of meetings in June, there was never much hope of a deal before that deadline, with owners wanting significant changes after saying they lost $300 million last season and hundreds of millions more in each year of the old agreement, which was ratified in 2005.

Owners wanted to keep more of the league’s nearly $4 billion in basketball revenues to themselves after guaranteeing 57 percent to the players under the old deal. And they sought a system where even the smallest-market clubs could compete, believing the current system would always favor the teams who could spend the most.

Initially, the salary cap emerged as the biggest obstacle. Owners first proposed a hard cap, but players fought hard to maintain the current system that allows teams to exceed the cap through the use of various exceptions.

The league was adamant the system needed some adjustment, because the old rules gave too many advantages to teams who could afford to keep adding to their payrolls. So the league’s proposals targeted the highest-spending teams, seeking to eliminate the use of the midlevel exception by teams over the luxury tax and prevent them from participating in sign-and-trade deals.

And with that I can return to my couch and have sweet dreams until about… noon!  See you on Christmas, NBA!