The Best Of The D-League, Featuring Royce White

Posted on February 17, 2013 by ScottRafferty 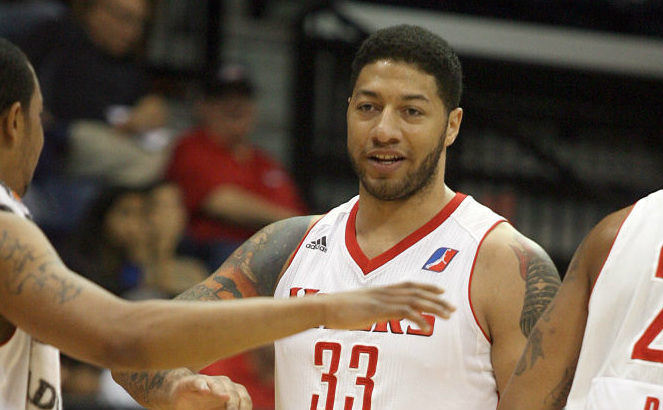 Hey everyone, Scott from Crabdribbles.com here to bring to you the best of this past week in the D-League. Today, I’ve decided to bend the rules a little bit. Instead of handing out Performance of the Week honors to the person who had the most outstanding game, I’ve given it to someone who, after months and months of drama and controversy, actually made his long-awaited D-League debut.

As you may have ascertained from my bio, my loyalty lies with the Houston Rockets. I’ve been a diehard fan ever since Tracy McGrady stepped foot on the Toyota Center floor, and unless they amnesty James Harden tomorrow then I don’t see anything changing anytime soon. Anyway, the reason I’m telling you this is because last week was an exciting one for Red Nation. For the first time since October 26th, we got to watch our 16th overall pick, Royce White, put on a uniform and play some basketball.

This should’ve happened ages ago. Royce was assigned to the Rio Grande Valley Vipers way back in December, but he refused to play and stated that he had no plans of doing so “until a mental health protocol (was) in place.” None too pleased with the rookie’s defiance, the Rockets suspended him indefinitely. In protest, Royce engaged in something of a mental health crusade, attacking the Rockets via Twitter for their alleged lack of concern with his condition. It was a long, ugly battle, but the two sides finally came to an agreement at the end of the last month. Royce was set to make his debut on February 12th against the Maine Red Claws.

As soon as it was announced, I circled the date on my calendar. I, like many others, was ready to see how White would perform after all his time off. In that game, Royce showed exactly why everyone was so high on his talent coming into the draft. It may not appear that way based on a simple glance at his pedestrian statistics (seven points, eight rebounds, four assists), but he was throwing slick passes, pulling down rebounds with ease, and battling with opposing big men down low. He was, however, limited by his conditioning (or lack thereof). He was held to just 18 minutes as he committed three careless turnovers and picked up five early fouls.

For Royce, this All-Star weekend should be a blessing in disguise. It hopefully gave him some much needed time to get back into basketball shape, as it’s expected that he’ll be ready to go this Friday, when the Vipers host the Texas Legends. Although he had his moments in his debut, he’s still got a lot to prove. People are already skeptical about “just how committed [he] is to making the most of his chance at an NBA career.” He’s got a long way to go yet if he plans to put on a Rockets uniform ever again.

Due to the NBA’s All-Star Weekend, there weren’t very many D-League games this week, but there were just enough to scrounge up five sick plays, thanks to Jared Cunningham, Justin Dentmon, Glen Rice Jr., Terrence Jennings, and Dajuan Summers.

One Response to The Best Of The D-League, Featuring Royce White