Posted on February 7, 2013 by Stephen Coston 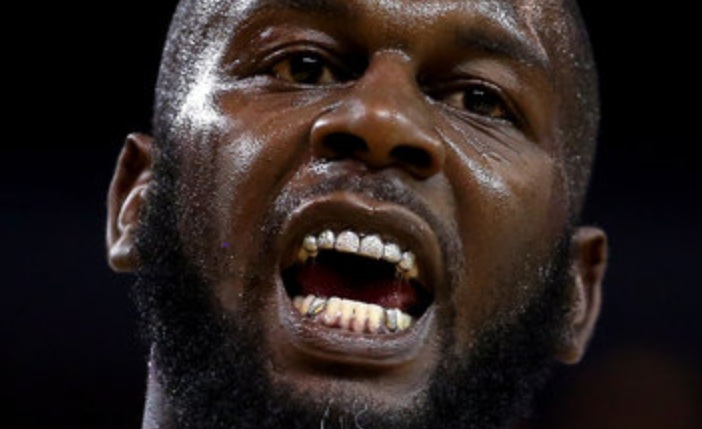 Centuries ago, Sir Isaac Newton told us that objects in motion tend to stay in motion.  For this reason, no man without a death wish really has any desire to position himself in the path of a speeding Ivan Johnson.  Even other NBA players, who are quite large and competitive themselves, are hesitant to get in his way.  Recently, as if he’s suddenly realized just how frightening he truly is, Ivan has begun to exploit this advantage.  It seems that not a Hawks game goes by nowadays in which Johnson doesn’t get at least one coast-to-coast dunk, where he just grabs the rebound and takes off dribbling.  It basically works 100% of the time because nobody steps up to stop the ball.  That’s not what happened on this particular play, but as you watch Johnson fill the lane like a boulder crashing down the side of a mountain you’ll understand precisely what makes him such a weapon in transition, with or without the ball.

“You want me to take a charge, coach?  That’s a six-foot-eight, 255-pound man who is banned for life from the Korean Basketball Association.  Fuck that.” –Many of Johnson’s opponents, probably.

The most honorable of mentions to DeAndre Jordan, who showed off an improved post game as he put on a dunking exhibition against Orlando.  As powerful as he was, though, none of his individual dunks top that of Ivan Johnson (as if I’d dare say otherwise).

Throwback Poster of the Day: If anyone ever is foolish enough to cross Ivan’s path, this is basically what will happen (except for the part where the defender lives to tell about it).