The Best Of The D-League, Featuring Rick Jackson

Posted on February 4, 2013 by ScottRafferty 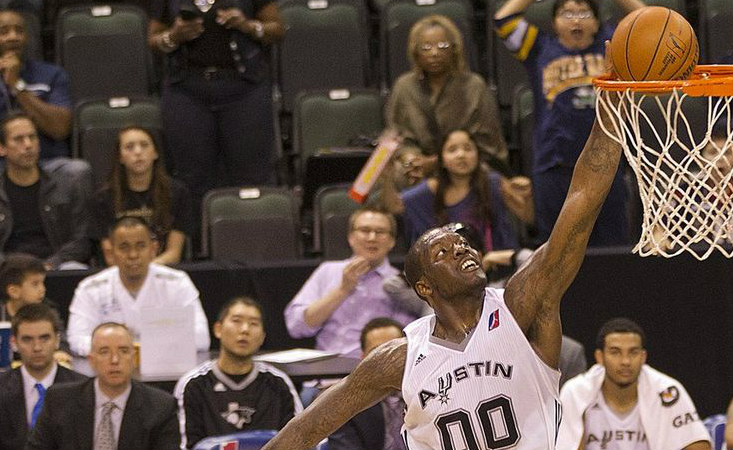 Good afternoon, basketball fans!  Scott from Crabdribbles.com here to bring to you the second installment of “The Best of the D-League,” in which I highlight stellar plays and performances from the league’s premier prospects.  For consistent updates, follow me on Twitter @crabdribbles.  Now, on to business…

As usual, an assortment of performances caught my eye this week:

As impressive as those performances were, this was really a no-brainer for a couple of different reasons.

As a big Houston Rockets fan, I tune in to watch their D-League affiliate, the Rio Grande Valley Vipers, whenever I can. They happen to be a top team in the D-League this year, which makes sense because they’re pretty stacked. Former Laker Andrew Goudelock is currently manning the starting point guard spot and they have one of the most imposing frontcourts in the league, thanks to their four bigs standing taller than 6’10″. But the main reason for their success has been the play of two rookies — Terrence Jones and Donatas Motiejunas — who’ve put the team on their backs time and time again.

While Terrence Jones would miss this game after being called back up to the Rockets a few nights before, Motiejunas had a chance to showcase his talents against one of the Vipers’ bitter rivals, the Autsin Toros. In 32 minutes of action, Motiejunas did okay as he scored 17 points and corralled seven rebounds. However, he was thoroughly outplayed by someone I had never heard of before — someone by the name of Rick Jackson.

From an aesthetic standpoint, it certainly wasn’t the prettiest of performances, but Jackson was incredibly efficient. In 40 minutes, he scored 21 points (9-19 FG) and pulled down a career high 25 rebounds (10 of which came in the third quarter alone). He also recorded a game-high three blocks and shot 3-3 from the free throw line (which is a pretty big deal when you only shoot 36.2% from the charity stripe on the season).

In addition to the huge numbers, the thing that really made Jackson’s performance so special is that his season averages really aren’t anything overly impressive — just 9.9 points and 10.2 rebounds per game. It just so happened that he put his Dwight Howard (circa 2010) “Superman” cape on the night that Motiejunas and the Vipers came to town as the hottest team in the D-League. Another reason why I gave it to him is because the win actually meant something, as the Toros are now only 2.5 games behind the Vipers for the best record in the Central Division.

Will you see Rick Jackson ever again on ‘The Best of the D-League’? Probably not. So lets just take a moment to appreciate his career night.